Presented by Pratiques d'hospitalité, platform for critical research and political imagination and by Radio Papesse, in the frame of the activities of the Research Unit Hospitalité artistique et activisme visuel pour une Europe diasporique et post-occidentale.


The Festival gathers a program of eight new commissions / invitations mixing performance, sound, video and theory. The Festival puts together three radiophonic programs, an online screening of Amara (2019) a film by Pierre Michelon, conferences of Lotte Arndt and Samir Boumediene and a program of sound pieces made by ESAD students and recently graduated students. Follow the full program on: pratiquesdhospitalite.com! Let's see the radio program here below!

The Festival des Gestes de la Recerche is conceived both as a moment of knowledge production and public sharing of the research developed during the academic year 2019/2020 in the framework of the "Hospitalité artistique et activisme visuel pour une Europe diasporique et post-occidentale"  research project, directed by Katia Schneller and Simone Frangi at ESAD Grenoble. It aims to weave diverse research gestures, forms of discourse and experiences that de-gerarchise the relationships between theory and practice.

The festival is curated by Katia Schneller and Simone Frangi in dialogue with Benjamin Seror and Lotte Arndt as well as us (Ilaria Gadenz and Carola Haupt, Radio Papesse) and Abdellah M. Hassak, Pratiques d'Hospitalité 2019/2020 guest artist.

Its first edition is devoted to diasporic dynamics and to the potential of mobile entities (populations, subjectivities, sounds and natural resources) to challenge any homogeneity of cultural, geographical and political identities. It questions modern Europe, understood as an imperialist project colonizing geographical spaces and knowledge systems. The festival is an invitation to adopt sound and listening practices to deconstruct political narratives that homogenise and support the construction of a monolithic European identity. And to deploy new geopolitical narratives of a diasporic order in the light of the notion of post-occidentality.

The aim is thus to understand how the experience of listening - understood not as passive reception, but as a constant negotiation between reception and interpretation - can undermine the binary nature of nation states (internal/external, inclusion/exclusion, citizen/non-citizen); thus, the liminal and interstitial spaces that are excluded from traditional cartography but whose soundscapes open up to fluid narratives are particularly investigated.

Alessandra Eramo is a sound artist and vocalist based in Berlin who works with performance and installation, text-sound composition, video and drawing, exploring latent acoustic territories of the human voice and noise as socio-political matter. Combining visual art and contemporary music, she develops artistic projects and live-performances that address questions of the body, memory and identity, often adopting participatory actions, field recording, site-specific modes, and experimental approaches to composition. Through symbolic narratives and visceral expressions, central to her practice is extending the voice in all its forms and implications in sonic and visual contexts. 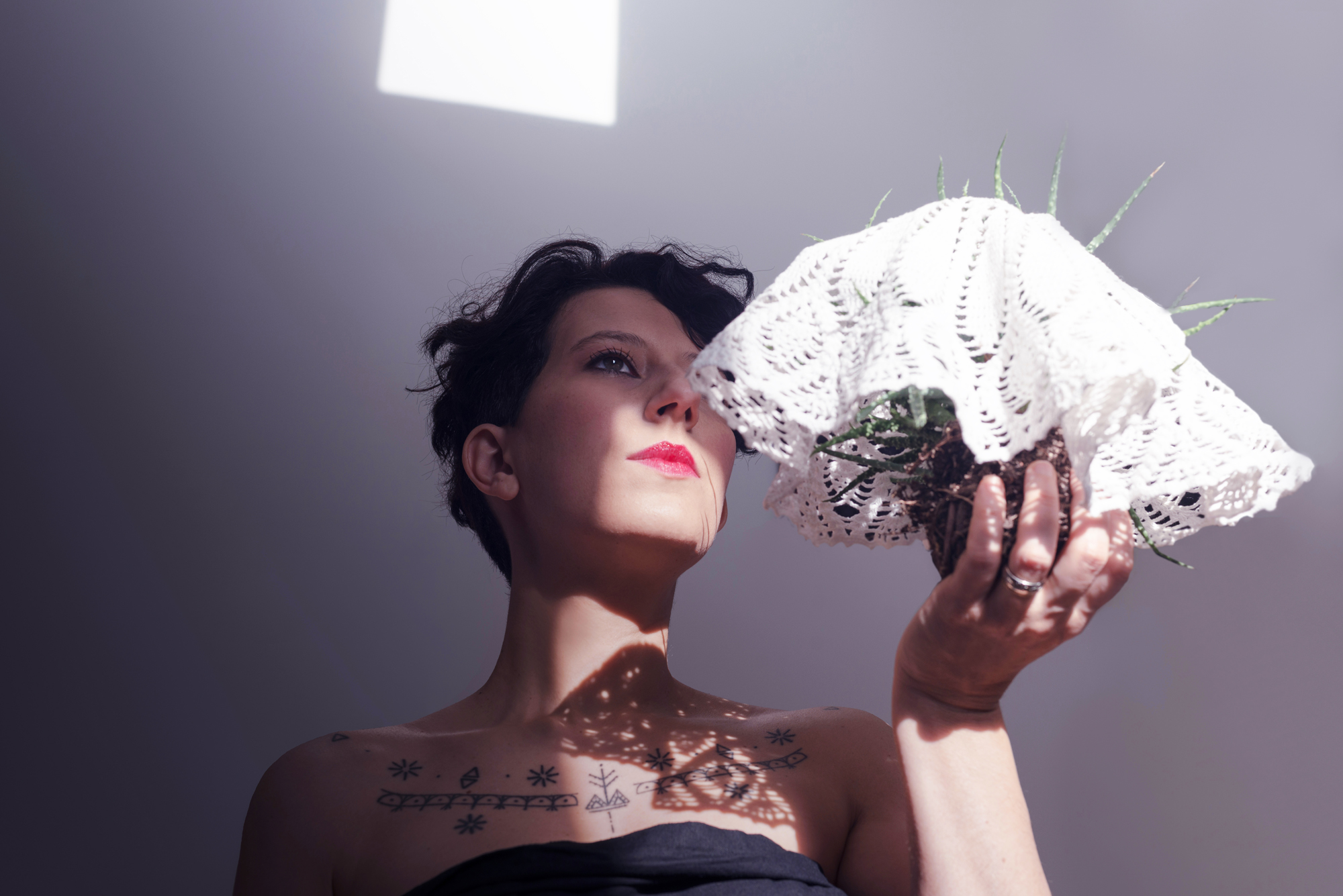 Abdellah M. Hassak is a sound and new media artist, music producer, manager and engineer in new technologies based in Casablanca (Morocco). His sound work is centered on using digital technologies and data-processing coding and it is guided by many sound researches related to places and cities, and their dimensions of social and cultural transformations. Hassak's work emerges in the forms of poetic and interactive performances and is related to sound concepts such as soundscape, resonance, glitch, frequency and noise. Through these different modes of research and production, he creates his own sound narratives that question the immortalization of the moment and the memory. He also plays music under the name of DUBOSMIUM, GUEDRA GUEDRA, DIGITAL TURBANS and many others: his solo performances often go through an ambient, soundscape, and immersive environment approach with poetic narrations, using analog or digital equipment. 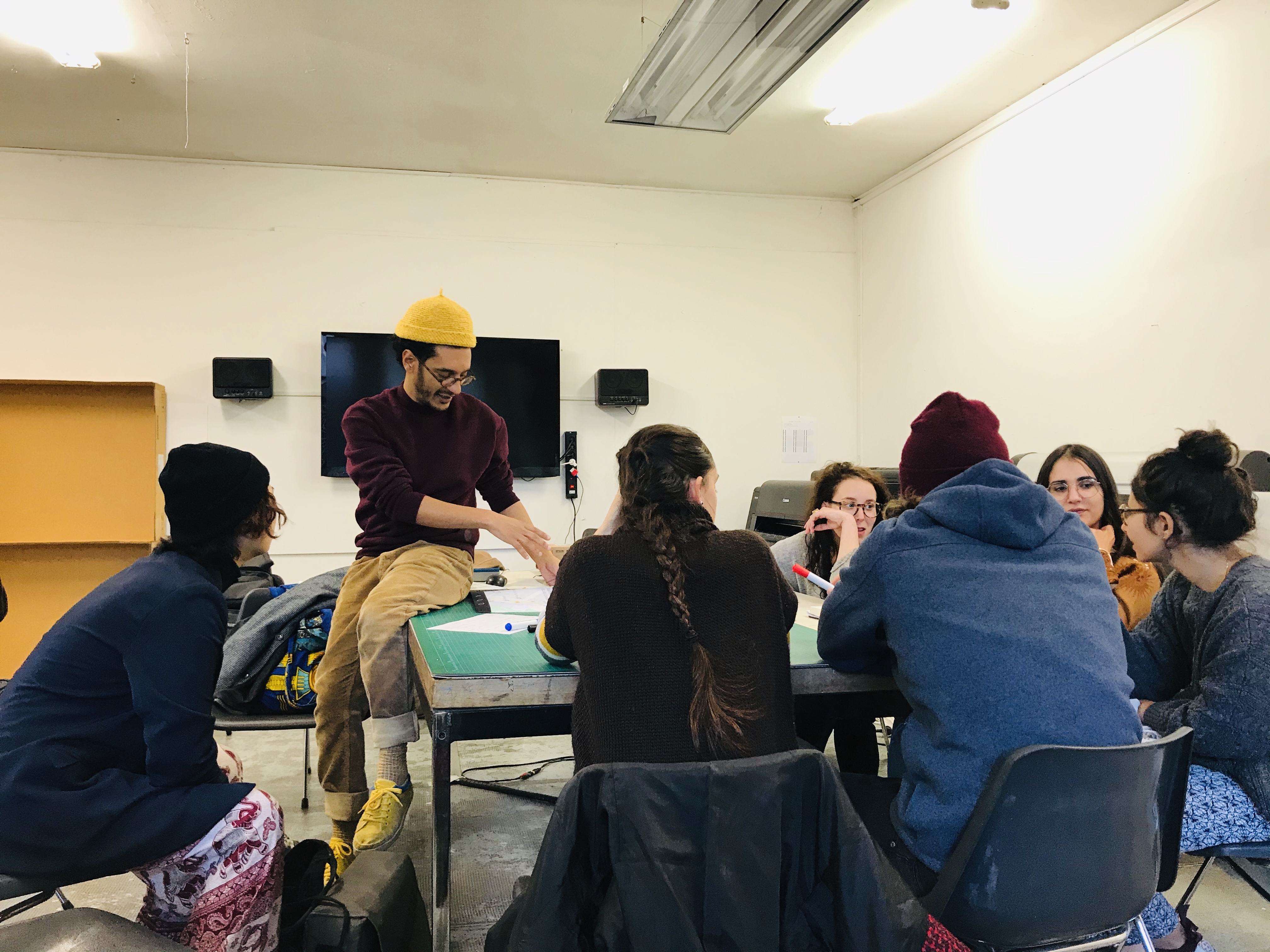 Last November 2019 Abdellah M. Hassak was Pratiques d'Hospitalité guest artist in Grenoble, for a research-based residence organized with our complicity (Radio Papesse) and the collaboration of CRESSON - Centre for research on sound space and urban environment.


Kamila Metwaly is a music journalist, and curator based in Berlin and Cairo. She founded an independent arts and culture publication in Egypt, which specialized in music, arts, and cultural writings, from 2004 to 2009. Later, she worked in radio and the independent film scene, maintaining a strong presence in Cairo's cultural and activist scenes for many years. Since 2014, Metwaly has specialized in music journalism for various independent Egyptian and Arab publications.

In 2017, Metwaly joined SAVVY Contemporary and is currently curating an ongoing sound project titled Untraining the Ear: Listening Sessions. She has been involved with various sound-based exhibition projects in the space, including What Has All This Got To Do With Coconuts And Rice: A Listening Exhibition on José Maceda and We Have Delivered Ourselves from the Tonal: Of, With, Towards, on Julius Eastman and has co-curated a retrospective exhibition The Dog Done Gone Deaf: Exploring The Sonic Cosmologies of Halim El-Dabh with Bonaventure Ndikung at the Dak’Art Biennale in Senegal (2018), The Long Term You Cannot Afford. On The Distribution Of The Toxic (2019). In 2020 she has launched and co-founded SAVVYZAAR, an independent and free radio of SAVVY Contemporary, together with Arlette Louise Ndakoze, Kelly Krugman and Bonaventure Soh Beijing Ndikung. She has been appointed as a guest music researcher for the Donaueschingen New Music festival 2021 edition and joined the tutors team at DAI Roaming Academy together with Akinbode Akinbiyi.

Josèfa Ntjam is a multidisciplinary artist whose practice combines sculpture, photomontage, performance, film and writing. Sourcing her primary materials from the internet and books on Natural Sciences, Ntjam uses collage – of images, words, sounds, and stories – as a method to deconstruct the grand narratives structuring hegemonic discourses on authenticity, origin, identity and race.

Her work weaves multiple narratives drawn from investigations into historical events, scientific functions or philosophical concepts, to which she confronts references to African mythology, ancestral rituals and science-fiction stories. The conflation of a priori heterogeneous discourses and iconographies enables the artist to reclaim History while speculating on not-yet-determined space-times – interstitial, ‘futurible’ worlds where unprecedented forms of beings, identities and collectives can be envisioned.

From there, Ntjam composes utopian cartographies and ontological fictions in which technological fantasy, intergalactic voyages and hypothetical underwater civilizations become the matrix for a practice of emancipation that promotes the emergence of inclusive, processual and resilient communities. 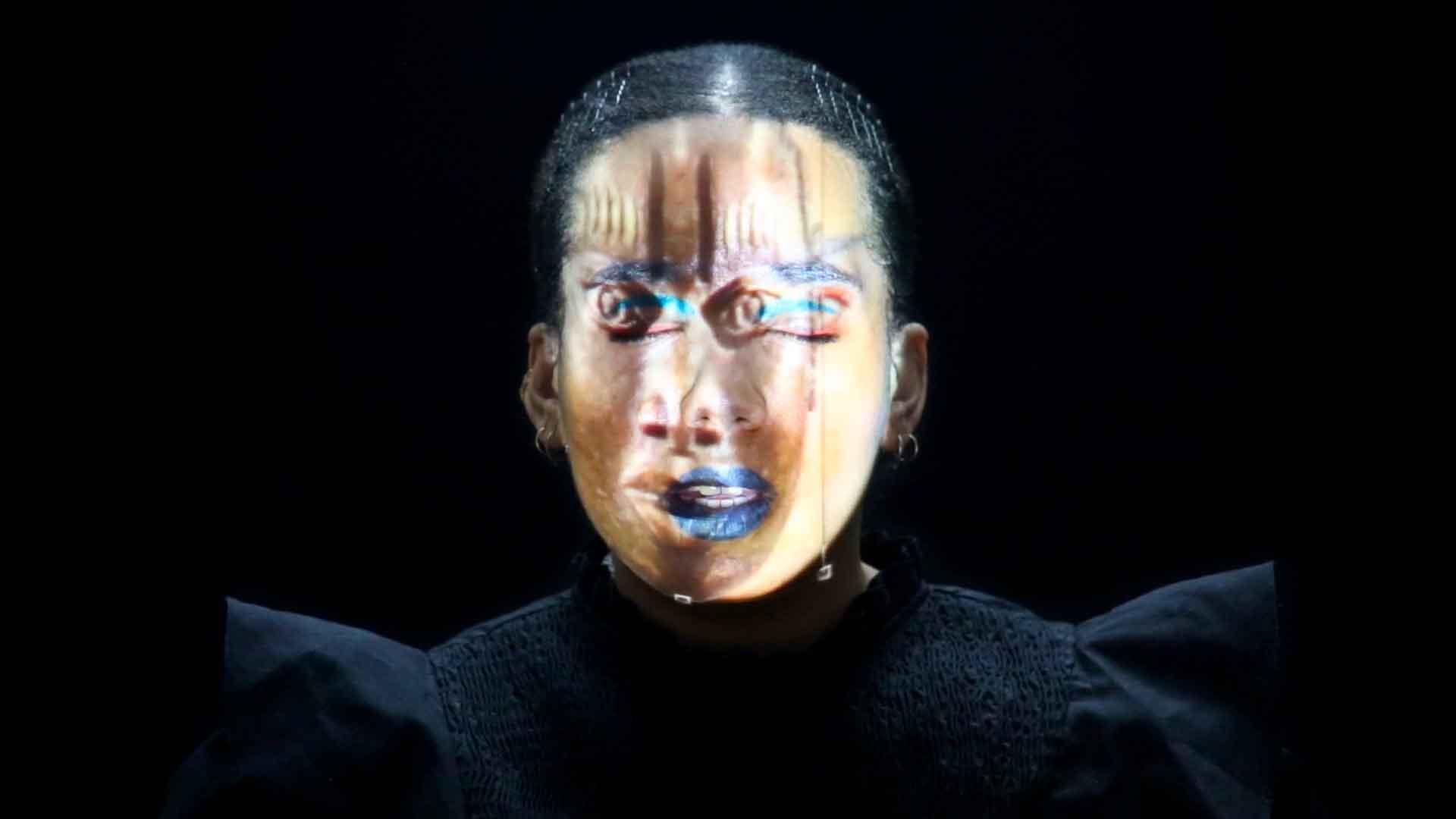 Lydia Ourahmane (b.1992, Saïda) is a multi-disciplinary artist based in Algiers. Her research-driven practice explores major geopolitical issues of our time testing the permeability of boundaries and the state of being in-between. Her work in recent years has built on complex histories of colonialism, migration and abstraction in a poetic exploration of the present, the personal and the political. She graduated from Goldsmiths University of London in 2014 and has exhibited internationally. Recent exhibitions include: Solar Cry, Wattis Institute of Contemporary Art, San Francisco; Homeless Souls, Louisiana Museum of Modern Art, Denmark; Crude, Jameel Art Center, Dubai; Manifesta 12, Palermo; Jaou, Tunis; Droit du sang, Kunstverein München, Munich; 2018 New Museum Triennial: Songs for Sabotage, New Museum, New York; The You In Us, Chisenhale Gallery, London.

Amelia Umuhire is a Rwandese filmmaker and artist based in Berlin. She wrote, directed and produced the award-winning web series Polyglot, which won Best German Webseries at the Webfest Berlin in 2015, the award-winning short experimental film Mugabo and the Prix Europa nominated sound piece Vaterland (Fatherland). Her work has been screened at the MOCA LA, MCA Chicago, Victoria and Albert Museum, 10th Berlin Biennale, the Smithsonian National Museum of African American History and many more.  She is one of the 2020 laureate of the Villa Romana Prize in Florence and completing her first feature film.