Radio Papesse - in collaboration with Fabbrica Europa 2008 - is inviting radio producers, musicians and sound geeks to submit compositions and audioworks focused on the theme of urban labour and its sonic dimension.

The selected pieces will be showcased in the context of CityMix, a project that looks at the electronic music scene in those cities that have become art and creativity hotspots. Starting from Florence, this year CityMix focuses on Amsterdam, Rotterdam, Koln and London. 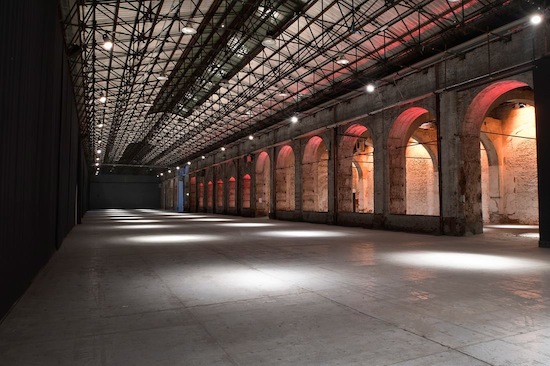 Fabbrica Europa will take place in Florence in the ex-train station Leopolda in May 2008. Setting out from the premise that intercultural dialogue is a basic instrument for the understanding and evaluation of differences in creativity, the 2008 edition is keeping encouraging the circulation of ideas and works in the context of international exchange.
As many others industrial infrastructures and entire urban areas, the Stazione Leopolda has been restored and turned into a venue for festivals, exhibitions and fairs. Factories, industries and their worker seem not to be in our idea of a contemporary urban environment but they still do exist. Who are today’s urban workers then? Where and how they work in Florence, Amsterdam, Rotterdam, Koln and London?

The selected audioworks will have to relate to the theme of urban labour and its sonic dimension in those cities. Sounds from workplaces, keyboards, factories, people and machines...real or imaginary. There are no time, language or genre restrictions. Productions could be soundscapes, documentaries, readings, fiction...

CRITERIA
The call for soundworks will be looking for pieces that deal with the sonic dimension of WORK in Florence, Amterdam, Rotterdam, Koln and London.
There are no time, language or genre restrictions. Productions could be soundscapes, documentaries, readings, fiction...
Let your creativity be free!

SUBMISSION GUIDELINES
1. Pieces should be submitted as Mp3 audio files
2. Multiple works may be submitted, however, each work must be accompanied by an info document (DOC, PDF, TXT) with a short biography and program notes;
3. Deadline: 25th April 2008

From the English canals to the ILVA still mill in Taranto, Apulia, from Oxford Circus to the Santa Maria del Fiore Cathedral in Florence, from a working site to a call centre, from an imaginary city to a globalized one: these are among the soundscapes we had the chance to listen to, thanks to the many producers and artists who answered our call. Here it is the list of the selected works: