Go back to the symposium

When we first initiated Süden Radio, it was almost 4 years ago in Berlin, we began very naively with a question: what the South sound like? What is it? Is it just a matter of latitude or is it a phenomenon, a method, a cliché, a state of mind as we would have learnt to look at it?

A pandora box was open and we tried to navigate these troubled waters by listening to sound productions coming from emerging geographies and grasping diverse perspectives, from the sound studies to the post-colonial studies.

How can we approach it, without reducing it to a mere geographical term we might use to define ourselves? Quoting Roberto Dainotto, professor at Duke University: modern European identity begins when the non Europe is internalized, when the south, indeed, becomes the indispensable internal other; still Europe but also the negative part of it. But also the multiplicity of the borders, as studied by Sergio Mezzadra, can help us understand on one side the production of a social and cultural South and on the other side how difficult it is to confine South into geographical borders.

And coming to what we work with, sound, how can we listen to it as it has been establishing itself as a method, a multipolar, multifaceted and complex phenomenon, from which a plurality of voices, perspectives, practices and questions are surfacing?

While listening South, starting from our nearest one, the Mediterranean basin and the African continent, Süden Radio wants to problematize its discourse by acknowledging those sound productions and listening practices that both echo back to the new geo-political and cultural panorama and question the way we listen to reality. What do we listen to? What is our position as listeners? Can sound help us in a process of intercultural translation? How can we unlearn through sound? How can we accept the right to opacity of other places, cultures, human beings through sound?

We talked about sound practices: field recording, sound mapping, about our own subjectivities that question the exactitude of geographical mapping, that open up new perspectives and new ways of experiencing a place. We talked about politics and aesthetics of radio. It also opened up the discourse around the bias, limits and projections of our own investigation of the South. We hope the discussion and the investigation will go on, this symposium is just a kickstart.

The recordings of the symposium - hosted at Villa Romana from April 20th - 22nd, 2017 - are now available online. 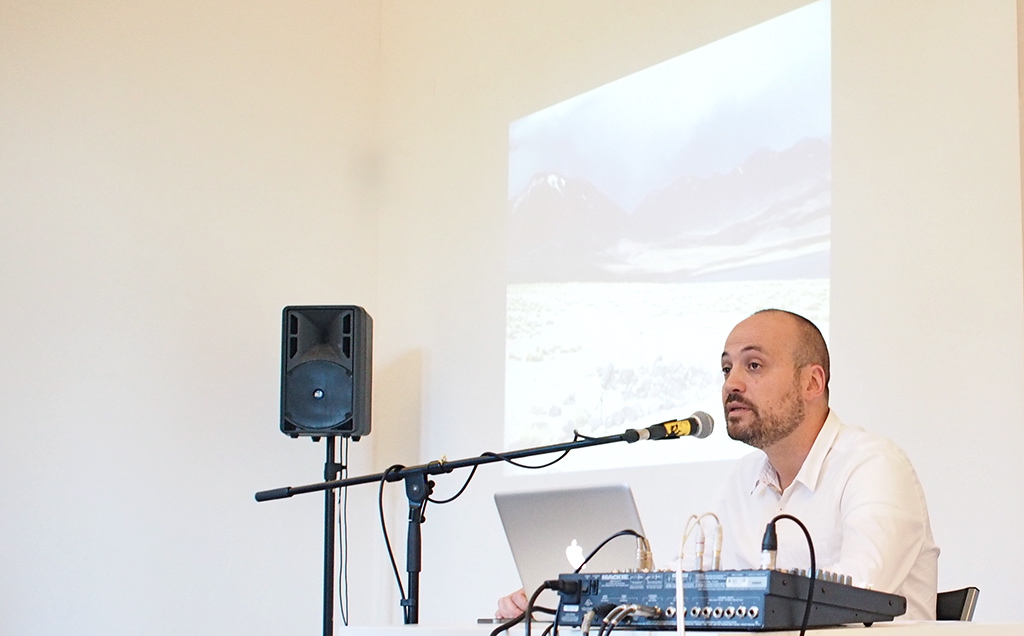 Leandro Pisano | Southscapes/Soundscapes: other Geographies of Sound
Is it possible to investigate, through the act of listening, the transformation of landscapes and territories and the changes taking place in the political and cultural geographies of the contemporary age?
Rural areas, abandoned and leftover places, border areas emerge as unusual aesthetic spaces, experienced through sound as a critical device. In the reshuffling of post-global geographies, we can experience a South that is not geographic but rather epistemological. A South that reveals itself through artists’ sound practices that open up diverse perspectives on history and disclose and make us listen to its hidden sides.
This way, we can relearn to inhabit the places, but also to imagine and build them as complex and reverberant environments. Making experience of thought, ultimately, as an infinite resonance.

This intervention tries to give a partial but honest account of the construction of the ideological South in Italian nationalistic contemporary culture during and after fascist colonial enterprises in the mare nostrum and in East Africa.
The intervention especially focuses on the analysis of the exhibition Mostra dell’attrezzatura coloniale (Triennale, Milano 1940) in which the construction of the South has served the cause of marginalisation, cultural repression and metaphysical eradication of specific social subjects and cultural formations.
As a counter-narrative, the intervention analyzes the ambiguous working methodology and ambitions of Pier Paolo Pasolini’s Notes towards an African Orestes (1970): it will confront Pasolinis’s heretical orientalism with the critique of post-colonial populism formulated by Vasant Kaiwar. In this respect, we will propose the idea that Pasolini’s Orestes is the prototype of western de-colonizing cultural practices which run the risk of taking the provincial and non-hegemonic post-national seductive rhetoric as mere reparational act of re-centring marginality and locating it in a more central, dignified and respectable position. 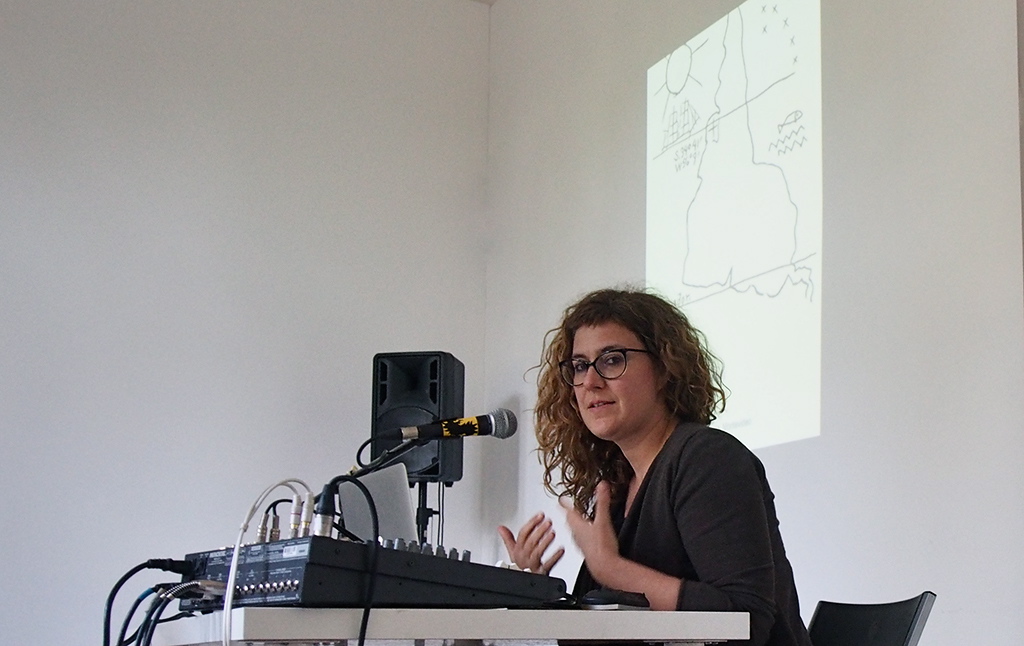 Lucrezia Cippitelli | Transatlantic connections - cultural practices South - South
Eurocentrism, as theorized by Egyptian marxist economist Samir Amin got popular in 1978, that same year Edward Said’s Orientalism was published. Eurocentrism, as defined by Said, is a Modern phenomenon, rooted in the European Renaissance and constructed in five centuries as the fortress of Western mono-dimentional perspective. According to the economist, it results in a Western narrative of history that moves from the Classic Greeks, through the Roman Empire, the feudal and christian medieval Europe, up until the capitalist, industrial and nationalist Europe that justified its colonial endeavors.
This cultural construction of a white, christian, evolved and democratic continent is the same ideology upon which the history of culture - and theory of art was built. Lucrezia Cippitelli will look at the art system up until the emersion, in the last thirty years, of critical writings dealing with the theme of globalization under those perspectives. In particular we will look at art practices - from the South of the World - engaging public space, body, digital media and education, practices that used to be considered solely pertinent to Western societies and through which the history of Modernism is being rewritten.

Anna Raimondo | To be or not to be - While in the middle the becoming
Inspired by ideas such as Edouard Glissant’s right to opacity and Jean Luc Nancy’s singular plural being and by post-structuralist feminism, Anna Raimondo offers a polyphonic and multi-sonic reflection that aims to de-structure the concept of identity itself. With a performative listening session, based both on her personal works and Saout Radio’s sound archive, Anna engages the public in a shared listening experience.

Golo Föllmer | When airwaves cross borders. Observations on the radiophonic construction and perception of identities
Radio was the first medium that enabled to easily transfer and observe individual, social, national and corporate identities across borders and until today it is valued for its power of transporting personalities and cultural expressions across the globe. Radio producers use refined techniques to construct and accent radio identities in order to express their role in society’s communication and address specific listeners.
The success of the online radio listening tool Radio.Garden is linked to the fascination of listening into foreign identities and the obvious ambivalence between understanding distant culture and repeating clichés in the course of this radio listening process. 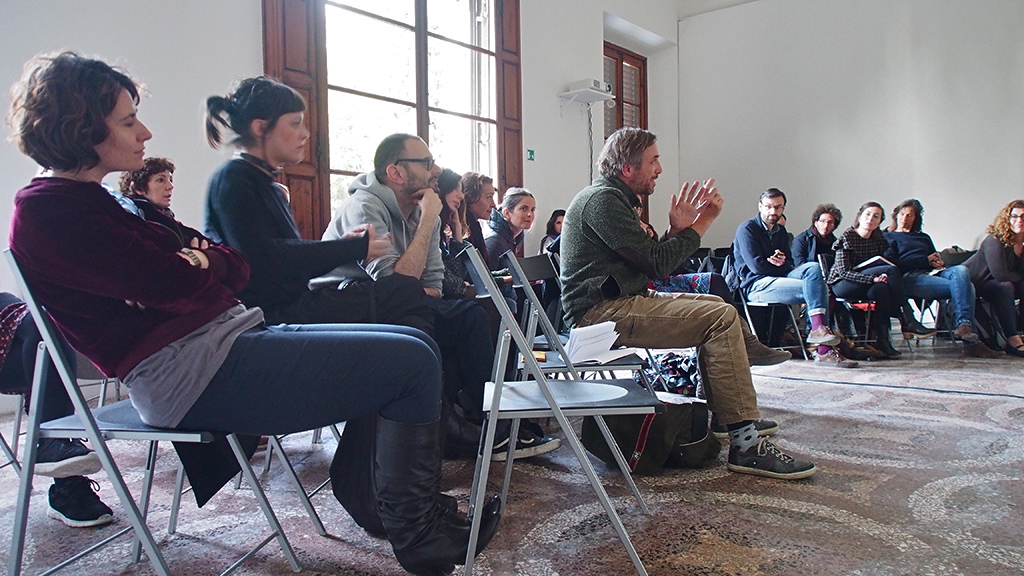 Claudia Wegener | "This is Radio Continental Drift"...
Radio was born for communal listening and storytelling; yet soon enough its wings were wrapped in national colors and radio became an endlessly chattering machine.
radio continental drift journeys in search of different radio sounds. It goes out of its way, homes in, tunes in and settles for a while with a community off the tarred road. If radio was born for communal listening and storytelling, how could we make it happen here and now with whatever mean at hand…?
radio continental drift was founded by Claudia Wegener, a listener with a bag, in the streets of Johannesburg in 2005. Its journey turned weaving back and forth, North and South. Radio community projects took place in East London, Johannesburg, South London, Durban, on the road in Kenya and Uganda, and more recently, with African women in Germany, and with women on both sides of the Zambezi, in Zambia and Zimbabwe.
radio continental drift is broadcasting 24/7 under Creative Commons License via Internet Archive; it functions as a switchboard online/offline connecting local projects, communities, organisations of artists, activists and listeners across borders and countries. 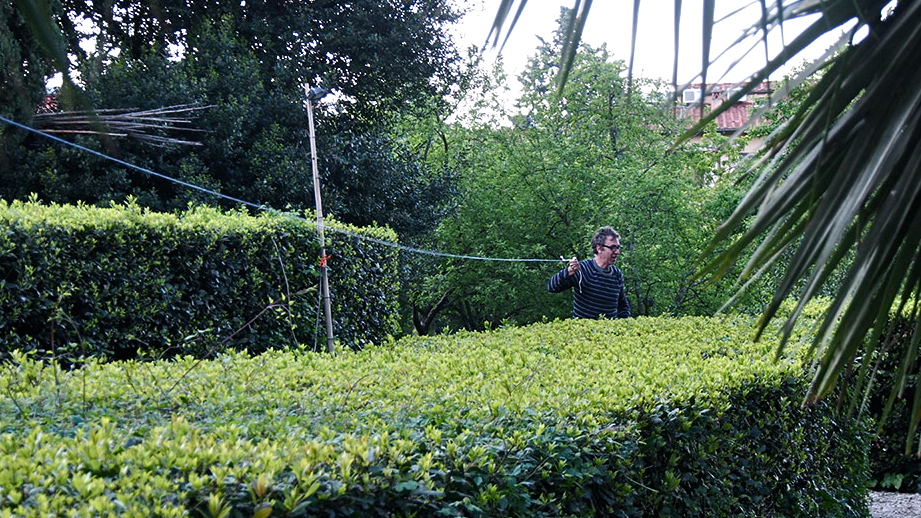 Andrea Borgnino | Interferenze: Radio in Syria
Every Thursday morning, Andrea Borgnino is live on air on Radio3 RAI. He’s the host of Interferenze, a program exploring radio stations around the world, their voices, the communities behind them, the radiophonic languages and strategies they adopt, the people they speak to. Interferenze will broadcast live from Villa Romana with a special episode devoted to the Syrian radioscapes, between pirate radios and the ISIS radio stations.


Fari Bradley | Uncertain Soundscapes: A route to anti-mapping
This lecture proposes a positive challenge to and critique of visual and sonic mapping, in light of recent discourses addressing the importance of unlearning and decoloniality as described by Walter D. Mignolo in Geopolitics of Sensing and Knowing: On (De)Coloniality, Border Thinking, and Epistemic Disobedience (2011), as well as the increasingly popular practice of travelling to sound map places by recording sounds and pinning them geographically.
Naming and knowing as controlling was described by Camille Paglia in her seminal work Sexual Personae, Art and Decadence From Nefertiti To Emily Dickinson (1991) as a manifestation of the West's quest for form and control of environment. How does sound-mapping, as degrees of ‘knowing as controlling’ fare, and what are the contemporary issues we must consider? 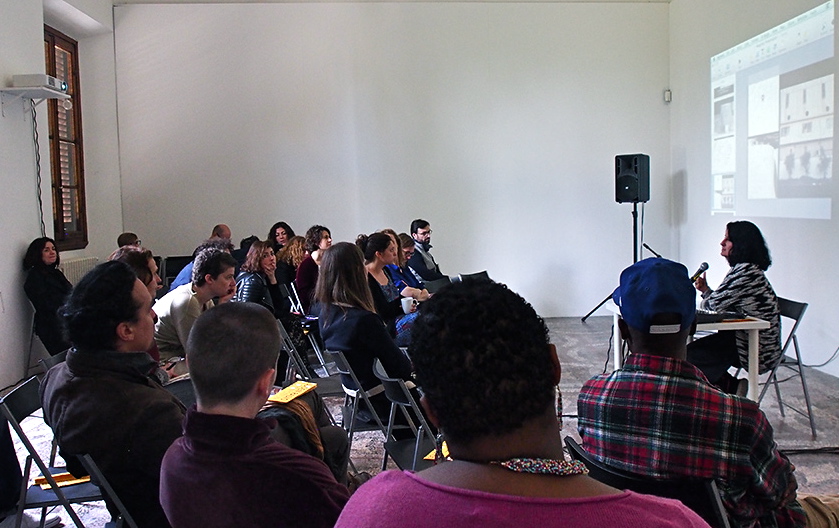 Field recording is considered in relation to subjective hearing from the particular positioning of oneself, versus the all-encompassing microphone. The suggestion is that the microphone cannot capture the kind of perception processing we develop when living for long periods in a locale while experiencing it at all times of day. This is an aspect of transience that sound mapping faces in sharper relief than geographical mapping does. When working and living over different periods in an environment we tend to foreshorten sound and selectively hear the more significant sounds, for example the constant sounds of traffic and occasional horns versus the sound of recently migrated birds marking an oncoming change of season.
As a meta-view the idea of exactitude in geographical mapping, as taken from Borges' ideas which he described in a short literary work as the 1:1 scaled map, is called into question by sound. Consequently this paper suggests that artistic practices of recording new places be given alternative languages and terminologies so as to do their sonic particularity justice, and to critically engage with and describe sound mapping and field recording. This language is needed particularly in relation to the occasionality of sounds in urban areas, of what Henri Lefebvre called socially produced space, as opposed to seasonality in those more devoid of human activity.

Emeka Ogboh | Lagos Soundscapes: the yellow buses
In the last few years Emeka Ogboh has been recording the soundscapes of Lagos, the city where he is from and where he has lived before moving to Berlin. Starting from his research, that through the medium of sound, is centered on the social and emotional geography of the city, Ogboh focuses his presentation on the sounds of the yellow buses, popularly known as Danfo, and the city environment they shape, they create. Treated to be removed from Lagos' roads for a more efficient, well structured transportation system, the Danfo buses are still entangled in the economic, social and cultural life of Lagos: yelling bus conductors, vendors, the impatient bleats of car and bus horns are not only noise but an articulate system of signification, through which information and identity surface.