In 2008, waiting for the opening of the new gallery spaces at Punta della Dogana (June 2009), Palazzo Grassi organized a series of lectures and conferences with some of the most prominent artists featured in the Pinault’s Collection.

The first public talk has been with Jeff Koons, who has been interviewed by Alison Gingeras and introduced by Angela Vettese. 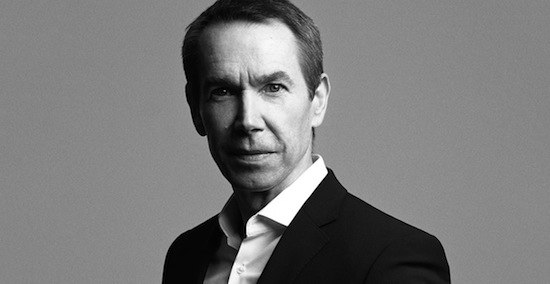 Jeff Koons probably is one of the most well-known artists of our times and not one of his pieces goes unnoticed or un-discussed. He is worth millions and he is surrounded by an army of assistants. His works clearly reference and wink the most commercial aspects of mass-mediated culture; his art talks about libido and sexual tension but at the same time it can be comforting. Thus, it is quite surprising to hear that he perceives his work as rather conceptual and metaphysic, and that rather than to Pamela Anderson and Playboy his homage goes to Dalì and Picabia, to the Ninetieth Century French peinture, to Canova up until to Masaccio...

The interview is divided into two parts, here are the topics Koons and Gingeras talk about:

Koons in Italy, Venice and the Gardena Valley

Themes and iconographies of the Celebration Series

Getting to monumental sculptures and the importance of team work

From single images to collages

The importance of the spectator