Bartomeu Mari has been the director of MACBA from 2006 to 2015 [author’s note: he resigned over his decision to cancel the exhibition The Beast and the Sovereign and he is now Director at the Korean National Museum], by redefining the social role of the museum in the context of contemporary Barcelona, Spain, Europe.

We met him in May 2011 at the Contemporary Art Festival in Faenza and together we spoke about the role of museums and cultural institutions in our society, his ideas about MACBA and what a contemporary art museum should be according to his vision of cultural production. 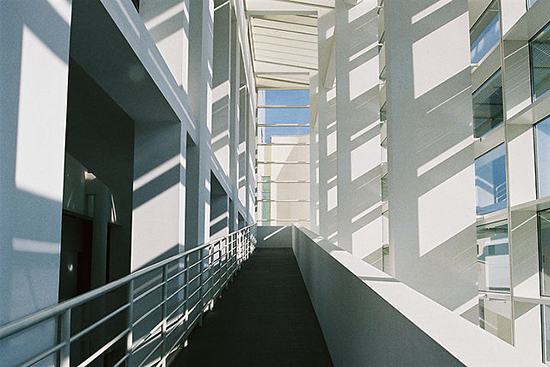 The idea of cultural hegemony is directly related to that of cultural identity, which, in turn, competes with that of political identity in today's Spain. Besides the evolution of national politics, the search for contemporary discourses, signs and symbols for these separate unique cultural communities is indeed a search for referents capable of coexisting in a globalised international world.

Difference must be expressed in a language comprehensible beyond the borders within which it has been produced. One is different — one exists — vis-à-vis others. As I have attempted to argue, the visual arts, unlike language, focus on expressing and upholding difference and singularity in global syntax, and modern architecture and abstract art, supposedly universal idioms. The highly impressive project of rereading and reinterpreting the history of twentieth-century art from a Spanish perspective carried out at the Reina Sofía over the past few years, has culminated in a clearly provincial exhibition program and permanent collection.
[...]

The outlook is even more alarming with respect to the contemporary. If the project of rereading, rewriting and updating history remains in the hands of institutions as precarious as museums, the creativity of our own times will be deprived of the specific and solid support that ensures stability and growth potential. Spain has been unsuccessful in developing a local market for its own art, yet creating a vigorous art market within Spain is now no longer a national, but global task. Furthermore, the market itself is the working mechanism of global hegemony, often concealing highly significant and overlooked cultural practices that do not entail the same measure of visibility.

[Excerpt from the conference On Cultural Hegemony and its Implications for Cultural Production and Artistic Practice, 2004]