Veronika is a celebrated piece by Paul De Vree (Antwerp, 1909-1982) and surely one of his best known poems, along with Vertigo, Kleine Caroli and Organon. Written in 1953, Veronika was translated into sound in 1962 by composer Jan Bruyndonckx and the texts was interpreted by Flemish actor Julien Schoenaerts. The first broadcast dates back to January 1963 on France 1 while the track was released on 1966 as part of the album accompanying the 28/29 issue of OU Magazine, edited by Henri Chopin. 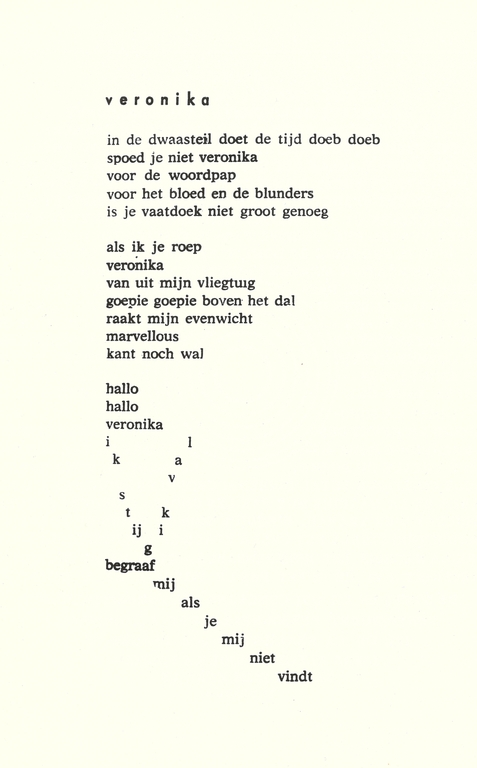 Other de Vree's sound pieces are featured by the Denza Fund, see the full list here. 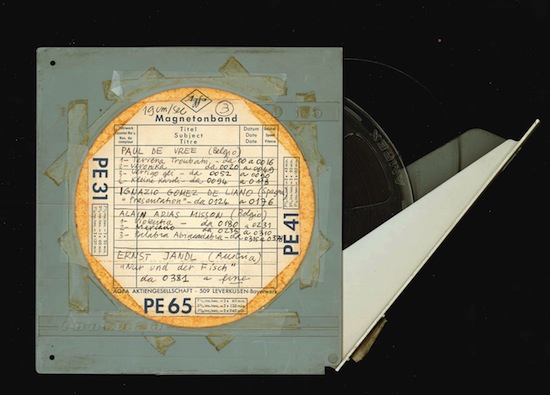