For Radio Epode - a radio broadcast program curated by Tobi Maier in the context of Principle Hope, a group show curated by Adam Budak at Manifesta7 - Chris Watson has contributed Isla Genovesa, a sixteen minute stereo piece recorded on an uninhabited island in the Galapagos Archipelago. The Northeasternmost island, Isla Genovesa or Tower Island is just fourteen sq km in size. A small island with no real tourism sites, this place is actually one of the best islands to go bird watching for various seabirds. 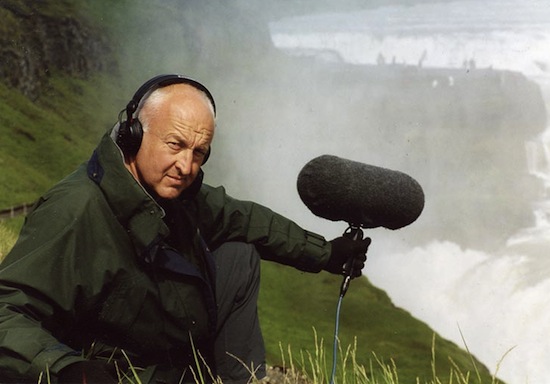 Furthermore, Cima Verde is a new production conceived and released during a Spring residency at the Centre for Alpine Ecology, on Mount Bondone, not fat from Trento. A surround sound installation of Cima Verde is also presented in Manufatturta Tabacchi in Rovereto.

Patterns, rhythmic movements and sounds within the landscape have stimulated the artistic and cultural imagination of people throughout history. Prehistoric cave paintings represented the vital importance of the link between the environment and the sounds it brings into the world. Millenia later Futurist artist Russolo devised ways using the sounds of nature (wind, water, and various animal sounds) and the sounds of the modern urban environment for his compositions.
Chris Watson employs highly scientific and technical devices to gather the sound of wildlife, while he also draws on a series of variables (the night, the weather, the stories within and around a place). Clarity, depth, quietness are the key elements through which he explores natural sound sources in an attempt to make sense of a place.
The alpine context, with its vast fauna and flora marks the distinct topography of the Trentino/Alto Adige region like nothing else. Watson’s recordings creates the impression of living the transition period of two-three months between Winter and Spring in a space time compression. The piece starts with the breaking of the ice and aurally conjures the precious resource of the ambient environment. Presented in surround sound the collections of sound scapes hover between documentary reality and a mesmerizing acoustic tableaux vivant.

Cima Verde (2008) was made possible thanks to Fondazione Edmund Mach, Trento and Sound Threshold, a project by Daniela Cascella e Lucia Farinati.