...this is an extract of a series of recordings of the myself under hypnosis. I visited a hypno-therapist over a period of two years and recorded all the sessions. The final collection of edited pieces was broadcast from speakers sunk into a black leather chaise-lounge. [James Webb, 2007] 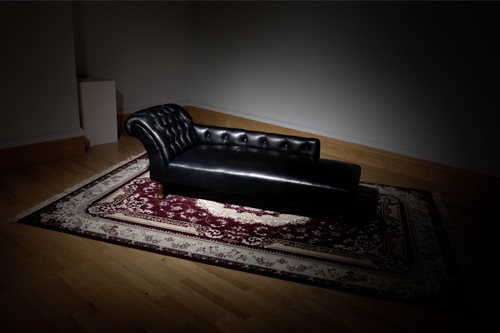