An album by Dj Spooky

System Error: Al-Yamamah Mix is a remix produced by DJ Spooky for the exhibition System Error: War is a force that gives us a meaning, curated by Lorenzo Fusi and Naeem Mohaiemen at the Palazzo delle Papesse Contemporary Art Centre in Siena [Spring 2007].

The homonymous album is the first release of the brand new cd collection 21st Record - a brain child of the Palazzo delle Papesse - printed by Horus Music.  What you can now listen to here, on Radio Papesse is a special redux for our listeners, System Error: Al-Yamamah Mix Version2.

I want to nudge people - Dj Spooky reads - to think about art not only as objects but as a collective endeavor where memory is translated through scratched into the rhythms, the beats and elements that I put in collision with one another; it's all a soundtrack to the end of the Oil age. Loop, repeat, refract: it's just modern storytelling by other means.

Paul D.Miller - aka Dj Spooky - is a composer, multimedia artist, editor and author. He’s produced and composed work for Yoko Ono, Thurston Moore, and scores of artists and award-winning films. Miller’s work as a media artist has appeared in the Whitney Biennial; The Venice Biennial for Architecture, the Ludwig Museum in Cologne, Germany; Kunsthalle, Vienna; The Andy Warhol Museum in Pittsburgh and many other museums and galleries. His book Sound Unbound, an anthology of writings on electronic music and digital media is a best-selling title for MIT Press. 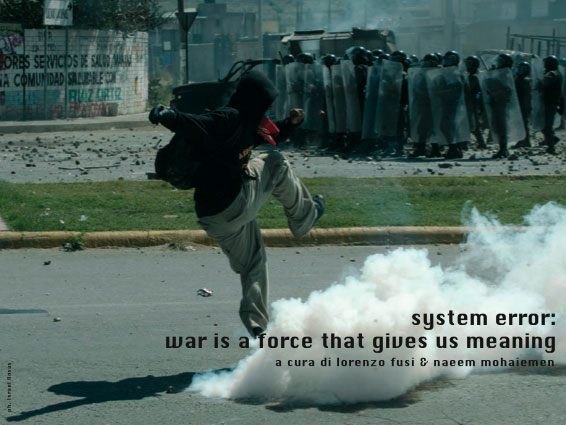