When the actor Max Glatz and performance artist Peta Klotzberg challenged themselves to create the auditive experience of a radio play Klimatolypse jetzt they where looking for a project that captured issues arising out of the now + here.
While some of the scenes have a dreamlike logic and are quite associative, they tried to sketch a scenario of a not-so-far "climatolypse" resulting from today ́s problems, and our constant overlooking of climate crisis agendas. So the play arises out of a clash of reality and distopia.

Peta Klotzberg is a Vienna-based performance artist who avails herself to experiments with text, methods of acting, physical body movement and improvisational dance and recently with auditative tools such as music, sound and noize as instruments of communication and spreading ideas. The content of her works circulates around preservation and protection of given ressources as well as keeping a critical eye on structures of systems in the big picture as well as everyday issues. Austrian theater actor and performer, Max Glatz studied philosophy and acting in vienna. he played i.a. in Dschungel Wien, Teater im Spielraum, with theater.wozek, wozek.film, TimeOut and Bluatschwitz black box. His work centers around spiritual and ecological themes. Klimatolypse jetzt is his first radio work. 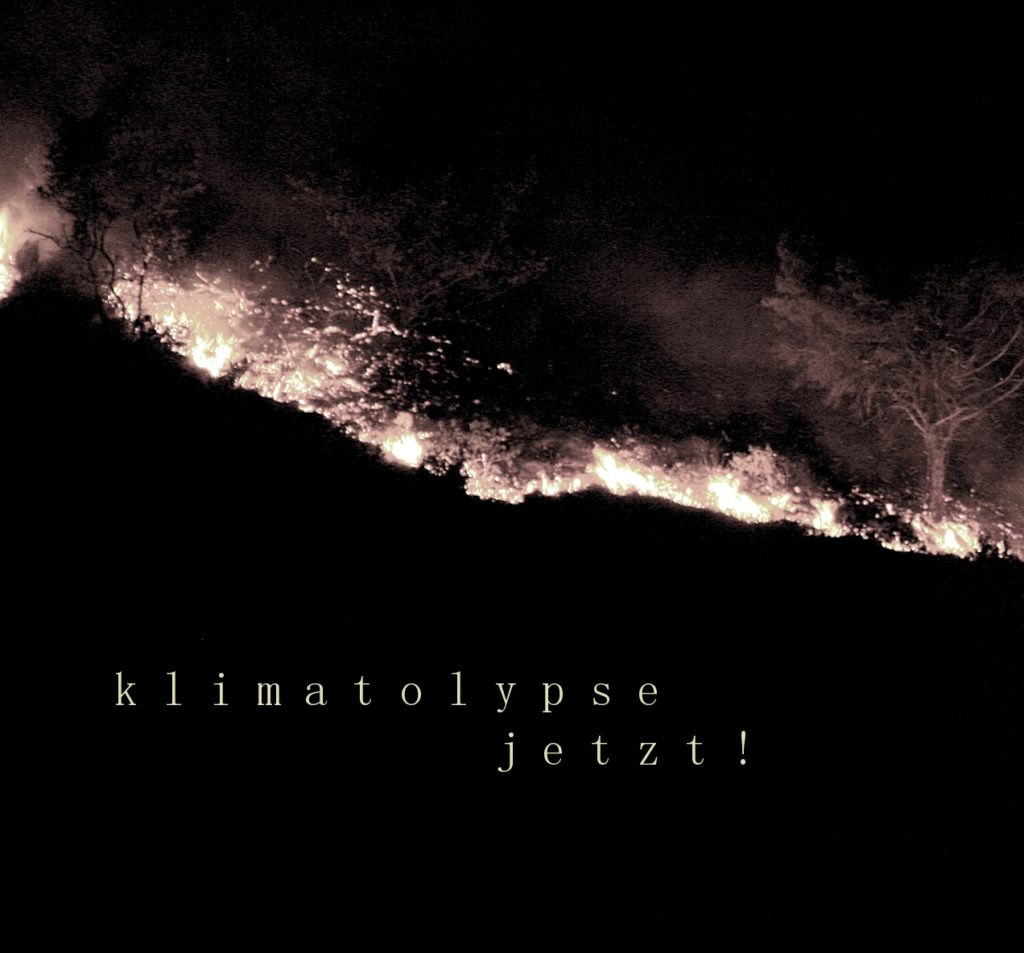 We both feel deeply connected to nature and are concerned about climate change and how we are wasting our resources.

The creation process of the radio play lasted about a year and a half and we did research in magazines, newspapers, videos and documentaries which took us all around the globe in our minds. during this time many things occurred such as forest fires in California and Australia, thawing permafrost soil, a collective of accusers marching towards the European Court of Justice to sue the governments… we developed some fairy-tale-like and some more realistic characters, who are more or less lovable. there is the chaotic and leisurely university professor dr. Florian Lichter, e.g., who is burning for the issues of climate change in his public speeches. Some strange guy who ́s profession it is to applaud such unconvenient climate savers in a way that they are silenced. a teflon-coated chancellor and his lady sunshine, observed in both public and private. you will meet a a triangle of revolutionists deep down in an austrian forest planning to take over the world by the help of trained martens and a gas that interferes with the nervous system and controls the minds of mankind in a strange way…

For Klimatolypse jetzt – our first radio play – we experimented with acting techniques, with recording of sounds, such as martens running across metal surfaces and spent hours searching in open source sound libraries and asked native russian speakers to help out with a short dialogue on “Sissy Brooch and Mozartkugeln”. We also used the form of ancient greek chorus, a revolutionary manifest, direct speech, interviews and narrative, and drew a bow to St. Stephan's place with its famous pigeons and accordeon sounds. we took interest in writing a modern fairy tale.

Sit back, listen and enjoy the journey.