Charlotte Parallel’s practice operates within a geophysical framework, engaged directly with physical properties and processes of the Earth. This has seen her explore areas such as sound waves, transduction, conduction, seismic vibrations, field-recording methods, and the relationship our bodies have to these processes. Parallel’s research phase is fundamental to the way in which her practice operates, revealing the potential of specific sites where she will record data, both above and below ground. This data, which is often inaudible in its raw state, is then translated into sound works. These works make visible/audible elements that are often overlooked, ignored or inaccessible in their original state, but constantly moving through and around our environment.

This exhibition explores the concept of deep time, or geologic time, in various locations across Ōtepoti Dunedin.

Deep time, a concept developed in the late 18th century - but not coined until the 20th century -, speaks to the way that key events and successive changes to the earth are measured over an expanded timescale, within the mineral make-up of the earth itself. This area of geological study provides a framework for engaging directly with the past, measuring cycles of sedimentation and erosion that have come to shape the land. 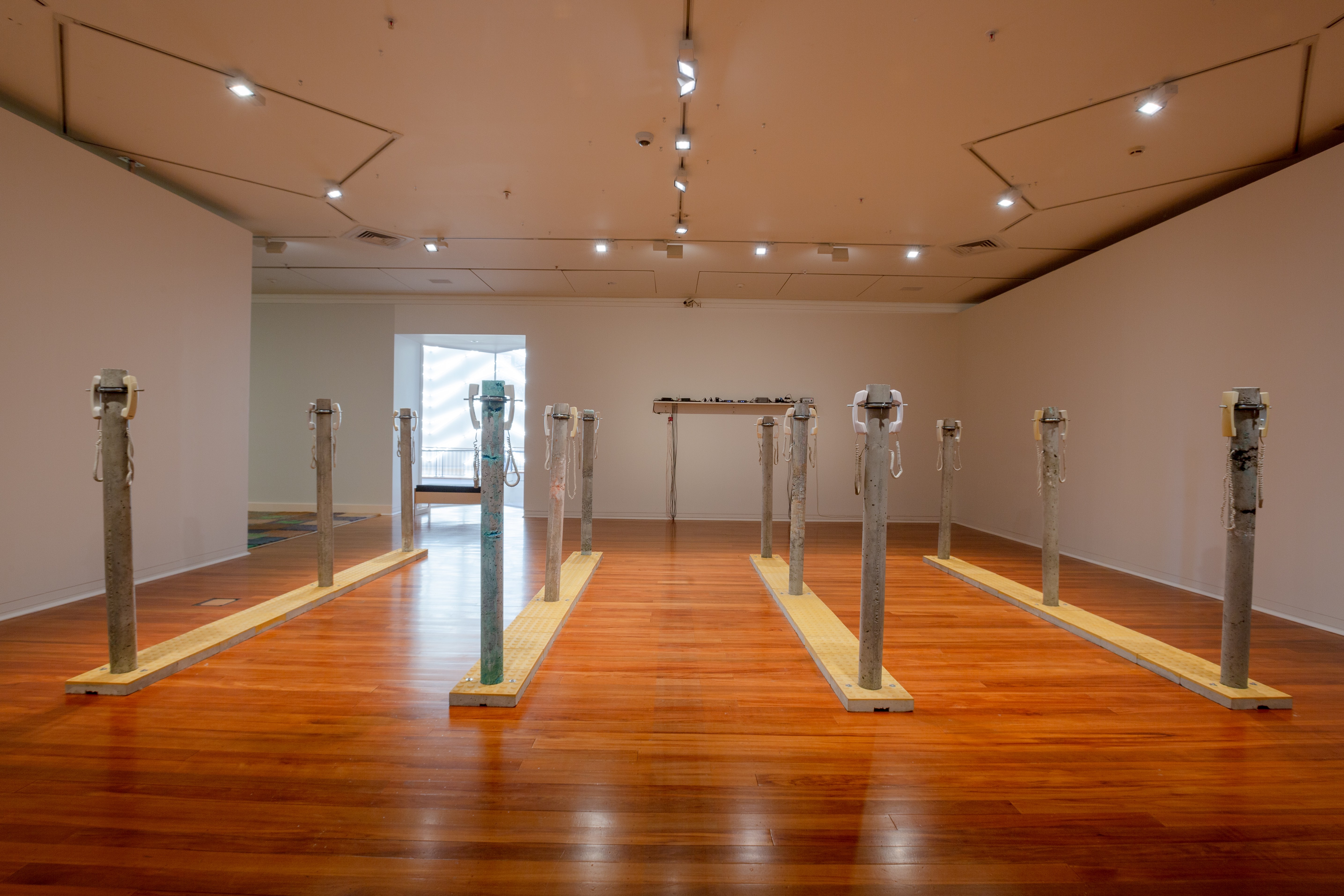 Parallel worked in collaboration with a seismologist, using sensors and computers to listen to and record the earth in sites across the city. Each site speaks to various stages of movement and distribution of earth including Te Wai o Tinirau / Makereatu / Blackhead Quarry, Walton Park Sand, Logan Point Quarry and in the base of various storm drains. In Deep time Parallel uses sound, accessed by the viewer through telephones, to analyse distinctive formational changes that have taken place within these sites – reminding us that the land is not static but ever-changing, responding and adapting to both organic and forced movement.

Charlotte Parallel is a New Zealand artist based in Koputai Port Chalmers working in the fields of sculpture, sound, performance and collaboration. She has been exhibiting within New Zealand consistently over the last 16 years and internationally since 2010.

Deep time was conceived as an interactive installation, for one or many listeners. This edit by the artist was made especially for the international radia network, recomposing the work’s sites and sonic materialities as a piece specifically for the radiophonic context.