A live performance in the Panik studio

This week Radia Show is brought to us by the folks at Radio Panik in Bruxelles and is produced from the recordings of a live perfomance by Chris Farmer in the Panik studio, based on a previous work he did few months before for a german galery (Expo Berlin). The work he did in Berlin resulted in an improvised performance which was an electronic, harmonic and visual echo of the surrounding urban space.

In Brussels, Chris Farmer proposed to the Radio Panik listeners to recreate the poetic and harmonic experience of that particular urban landscape, which he recorded and translated with his sound recorder and coloured pencils. 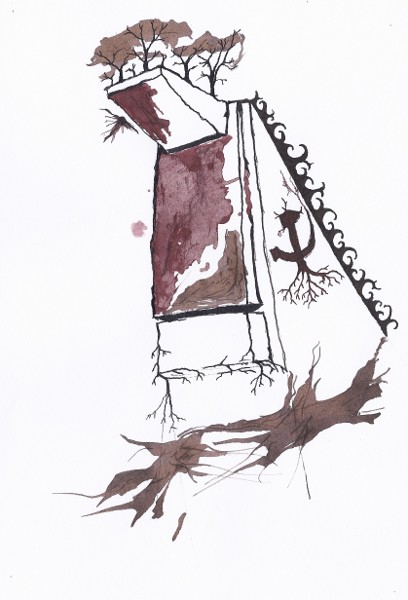 Living and working in Brussels, Belgium, Chris Famer is of vaguely British origin and a self-taught gardener, linguist, musician and artist who composes and improvises in all of these media. Since the early 1990s, he has gardened, translated and created his way through France, Belgium and the UK. His quest is to find poetry in noise and the botany of language, hoping to one day compile a formally chaotic and above all subjective monograph of the world that confronts him, and us, every day. Since an early age, Chris Farmer has been influenced, or obsessed, by song and sound, and especially how it can be transformed or dismantled, as seen in the works of Anthony Milton, Michael Gira, Richard Skelton. He currently experiments with the relation between languages, culture, sound, structure, horticulture and art, in various random combinations.