The project aims to de-structure and to re-read the harsh noise and HNW sounds being emerged between the 90's and 2000's. Rust presents a mix of tracks in which the noise features or those inspired by noise music are muffled and shuffled with club rhythms, sometimes combined with dark ambient, techno, hardcore, bass music; off and on with concrete music and field recordings. 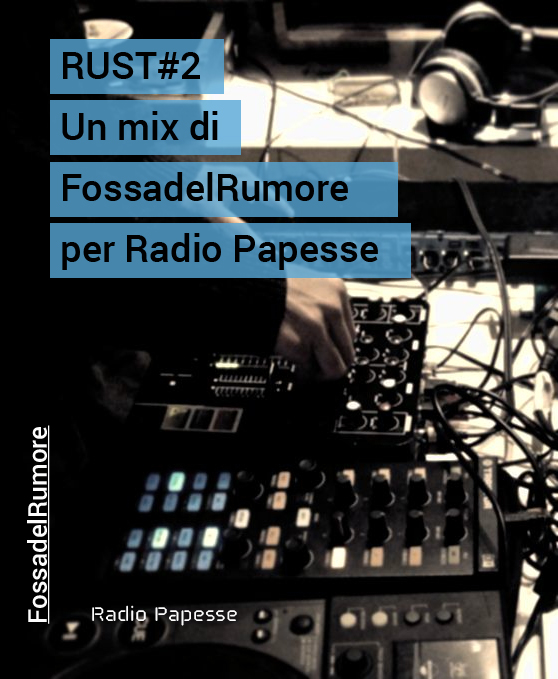 Here it is the second tracklist of the series:


FossaDelRumore is a drone, noise and ambient project initiated by Pietro Michi in Florence in 2012. She has been lately working with field recording, noise pollution and spatialization. The tracks are played with hardware - very often DIY - drones, synths and filters to find a dark, punk and deep mood.