Yannis Kyriakides - music out of the ordinary

Yannis Kyriakides is a composer and soundartist and in his work he tries to create new forms and hybrids of media, synthesizing disparate sound sources and exploring spatial and temporal experience. We met him in an unusual context for a musician: in the garden of Villa Romana in Florence the day after some of his music had been played during the concerts series music@VillaRomana curated by musicians Francesco Dillon and Emanuele Torquati. 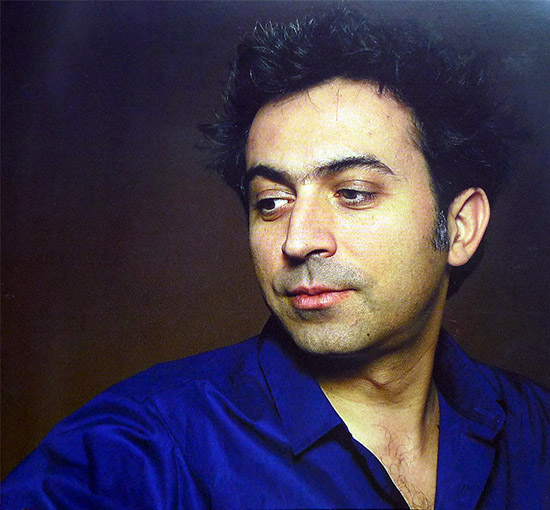 In such a context we created a three-way conversation between the composer (Kyriakides) and the musicians/performers (Dillon/Torquati) in which the three explored their approach to 'new music', performance, space and relations (performer-public; music-space).

The music that come with this conversation (recorded in the garden of Villa Romana, and thus the birds in the background) is a series of excerpts taken from Antichamber, Kyriakides' latest album.

Yannis Kyriakides (Limassol, Cyprus, 1969) lives and works in Amstelveen, the Netherlands. Yannis Kyriakides studied Musicology at the York University, United Kingdom and under Louis Andriessen at the Royal Conservatoire in The Hague, the Netherlands. As a composer and sound artist Kyriakides strives to create new forms and hybrids of media, synthesizing disparate sound sources and exploring spatial and temporal experience. Kyriakides regularly composes works for the ensembles ASKO, the Netherlands; Icebreaker, United Kingdom; Ensemble MAE, the Netherlands; and MusikFabrik, Germany. Kyriakides has written over a hundred compositions and his work will be featured in November Music 2011, the Netherlands. In 2000 he won the International Gaudeamus Composition prize for his composition a conSPIracy cantata. The CD Wordless, recieved an honorary mention in the Prix Ars Electronica 2006, and his recent CD, Antichamber was nominated for a 2011 Qwartz Award. Together with Andy Moor and Isabelle Vigier he founded and runs the CD label for new electronic music Unsounds. He is artistic director of Ensemble MAE, and teaches composition at the Royal Conservatory of Music in The Hague.