Suboth Gupta - There is always cinema

I don't want my work to be Indian...art has only one language and I speak only with art language. I never tried to make indian art, I only tried to make art. [Subodh Gupta] 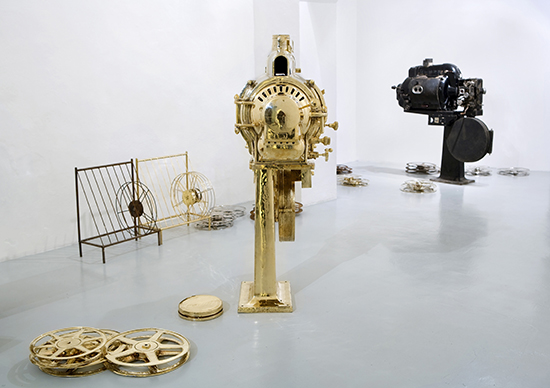 Subodh Gupta was born in Khagaul, India. He lives and works in New Dheli.
We met him last May at Galleria Continua in San Gimignano where he's presenting There is always Cinema, a solo show for which he has created a new series of work, inspired by the history of the venue, which was a cinema before beeing converted in art gallery.

Moreover, the stage of the gallery is occupied by the imposing 5 Offerings For The Greedy Gods, a large installation composed of his familiar stainless steel cooking utensils. 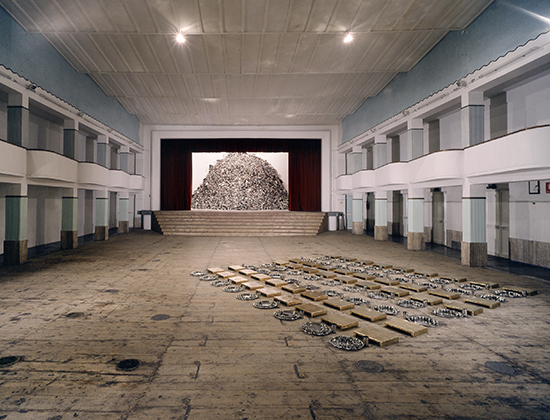 In this interview he speaks about the new series of works, the importance of the kitchen in the ordinary life of Indian families, about theatre and his personal youth experience with an acting company. He also speaks about Indian art and in general he claims the universality of the artistic language. 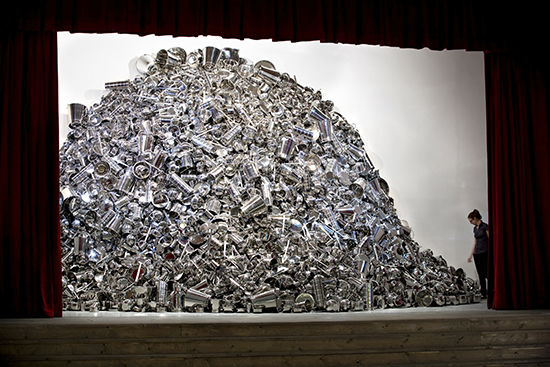