Mark Lewis - Afterall what remains is the image

It’s so obvious to me that the only thing I’m interested in is the image, I’m only interested in the picture that I make, not in the installation form. I never consider projector to be part of my work, I just think of the film as a photograph or a painting that has its status and autonomy.

One of the greatest disappointments in working with film is this sense of evanescence, the disappearance of things…every film is a kind of iconoclastic machine destroying the previous image, so you have this costant distruction of one image by the next...a film is a picture destroyer.

To me the history of picture making is not about sound, it’s about pictorial space and sound doesn’t belong to that space…if the work is successful it can give a sense of that sound without the sound actually beeing there...my works are not without sounds they just don’t have sound added 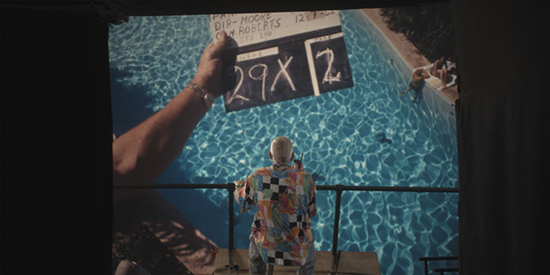 Not to reduce the film to the idiom of the installation, not to be subjected to the work itself, neutral environment, white room, relative light seem to be part of the most suitable setting conditions to experience Mark Lewis’s videos; as short length, uncut scenes, absence of sound seem to be at the base of his video making practice; an essential aesthetics that could be summarized in what he says, I think of myself as making mooving pictures rather than making cinema. 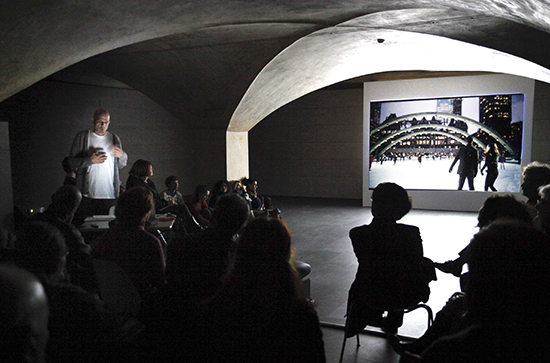 We met Mark Lewis in Florence, on the occasion of his solo show at the Museo Marino Marini. We have talked about his practice in video making, about the way we use to experience images and moving images in art spaces, about the option of silence in his videos, about ruins, the fascination with modernist buildings, about modernity and modernism, the iconoclastic nature of cinema, and eventually taking the clue from his involvement in Afterall Magazine, about the status of art theory and its relations with art practice.

Mark Lewis is a Canadian artist based in London, working in film based media – both digital and analog – and photography. Lewis is co-founder and co-editor, with Charles Esche of Afterall, a research and publishing organisation based at Central Saint Martins College of Art and Design, London. He is a founding and co-editor–of Afterall Journal, and the series editor of the One Work, a series of books, published by Afterall Books that examine important single modern and contemporary works of art.