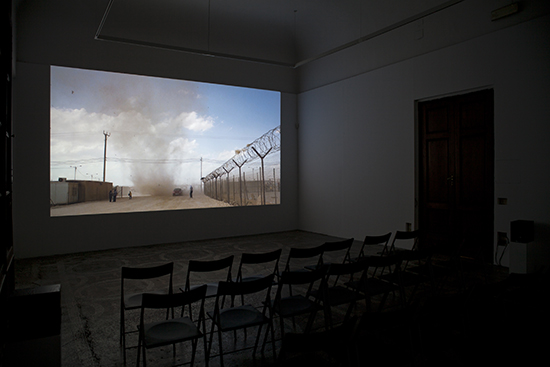 This interview is in Italian. It was recorded at Villa Romana, in Florence, on the occasion of the opening of L’attesa. Together with Mario Rizzi, italian artist based in Berlin, we talked about fiction and reality, arising from his last film, Al Inithar, the first part of a trilogy about the emergence of a new civil consciousness in Malaysia, Tunisia, Egypt, Bahrain and Syria which also looks at the social implications of the end of postcolonialism in these countries. 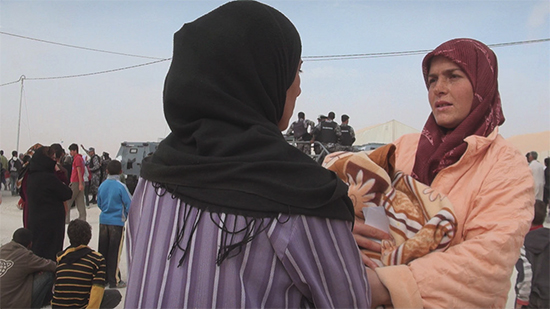 The film’s protagonist is a widow from Homs whose husband was killed in an attack by the Syrian army. Director Mario Rizzi followed this widow’s life at the Syrian refugee camp Zaatari for seven weeks. Life’s rhythms are dictated by the place, and life here is all about waiting. Zaatari lies seven kilometres to the south of the Syrian border in the Jordanian desert. The nearest town is 13 kilometres away. There are already 45,000 refugees living here, and still more people arrive: 10,000 additional refugees every week. The capacity of the camp is 70.000 people.

Many Syrians would like to go home: living conditions in the camp are by no means easy and they are often far away from their husbands and sons, many of whom have stayed behind to fight.