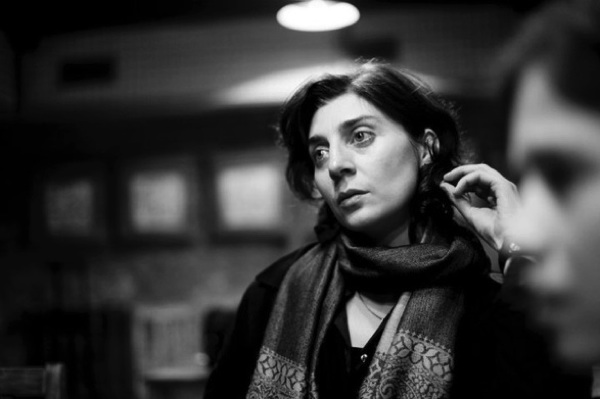 The education becomes a luxury, the progressive thinking is something that costs money and this is the most painful paradox and the reason for the right wing populism, that is very efficiently manipulated by the government because when they want to manipulate it, they divert it to xenophobia instead of directing it to the real economic problem that is the neo liberal economy.

Modernization means recession of all the social state elements that existed before, from unprofitable zones; if a zone is economical unprofitable it has to collapse whatever happens with it. The profitable zones should be funded and bring economy to success. It is about economical exellence that is probably the problem in Europe as well in neo liberal economy to a certain extent; what is the thecnological progress, is it about ethical excellence or economical excellence? Is it about competition or connecting ethics and economics?

I really attach - strangely enough - importance to what happens in cinema because this is the only cultural space which is not lazy to go to map the province; this is a very harsh material, it is enough to go to the metro, to the outskirts of Moscow , and you see...where is contemporary art?, who is the subject of it?, who is the audience?, how does it function? why are some things that are even discussed in literature, not present in art? WAR, the Chechen war is a taboo in contemporary art, war has not been a taboo for the Balkan artists, it is not a taboo for the artists in Beirut but it is a taboo for contemporary russian art: it is painful, you can't be critical toward government or you lose all your opportunities and people do believe that this war was fair in terms of keeping Cecenia within the russian borders. The same with the blizt war or the civil war in the 90s in Georgia. It doesn't exist in art as a problem and why so if russia have been in war for the last 20 years all the time?

Keti Chukhrov is a writer, philosopher, a sharp art theorist and critic. She lives and works in Moscow where she is Associate Professor at the Russian State University for Humanities.

We met her in Faenza, on the occasion of the Contemporary Art Festival and we asked here to draw a portrait of her contemporary motherland, Russia. This interview takes the cue from her recent paper on Afterall magazine, entitled Art after Primitive Accumulation: Or, on the Putin-Medvedev Cultural Politics with which she examines the political "technologies" used by the Russian government in the process of appropriating contemporary art's territory.

Addressing the overlap and the misunderstanding between democracy and oligarchy, the translation of the modernization in terms of elites production and the non-oppositionality of the cultural elites as key elements in the new russian scenario, we asked her a few questions about art and culture at large in Russia where the withdrawal of culture from society is the dangerous bias even activist groups as Voina are guilty of.

You might also be interested:
www.chtodelat.org | The Soviet Material Culture and Socialist Ethics in Moscow Conceptualism | Voina | Blue Bucket Society.