We met Jorge Macchi on the occasion of his second solo show at Galleria Continua in San Gimignano. He is presenting an heterogeneous series of different works that fit perfectly - conceptually and visually – those by Mona Hatoum who’s occupying with him the galleries.

Even if they are different in terms of background and memory souvenirs, even if Macchi doesn’t address as openly as Hatoum does, some political issues, they both share the same attitude in unveiling the unexpected in everyday life, through a rendez-vous of different layers of meanings.

Rendez vous, which is also the title of the show, is emblematic in this sense: an old wooden wardrobe is positioned precariously on a mirror at the end of the first flight of steps in the gallery. The wardrobe mirror and the gallery mirror meet, producing unexpected reflections. 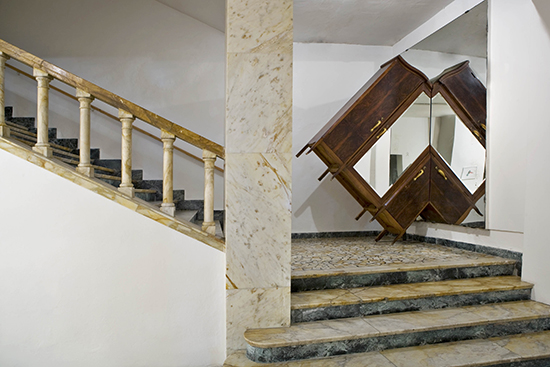 The title of the exhibition, Rendez-vous, for me is very important because when two mirrors meet they multiply the images and senses and this is the way I'have been thinking of this exhibition: how material, how concepts and objects come together and produce new readings of everyday life.

And when Macchi talks about irony as a though trigger:

For me humor is very important even if it is not humor for laughing but it is humor for smiling. For me, smiling is much more important than laughing; when you smile you have the possibility to think.

We can’t forget that it comes from the balance between images, references and meanings, from the sense of displacement that comes as a surprise before works as 12 Short Songs, a video of a little carillon that plays unusual written scores where apocalyptic sentences taken from newspapers replace notes such as World faces total economic meltdown, now it's a crisis, recovery will be slow and sluggish. The result is music by chance, a kind of sweet lullaby made of catastrophic forecasts.

We have talked about accidental composition and some previous works for which he has collaborated with composer Edgardo Rudnitzky. We have tried to understand his art practice, how it has changed since the involvement of sound and music, where the ideas come from, if they rise to his mind as an image or as a sound.
Simply, that’s what he answered:

Everytime I start a new work I start with an image, that's why I'm not a conceptual artist. 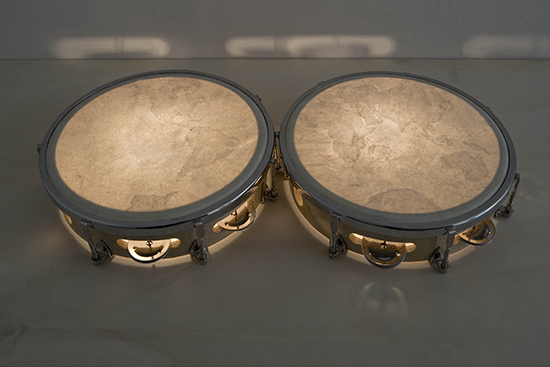