If you are so smart why ain't you rich?

Bonaventure Soh Bejeng Ndikung is a curator and biotechnologist. He is the founder and artistic director of SAVVY Contemporary Berlin, a space that fosters intellectual and artistic discourses investigating and questioning the notions of Western and non-Western art.

Together with Pauline Doutreluingne he curated the sound exhibition If you are so smart why ain't you rich?, at the Ecole supérieure des Arts Visuels, in the context of the 5th Biennale of Marrakech. The show brings together twelve international artists working primarily with sound, and asks them to delve into the ambiguity and the discrepancy between the intellectual and the economic capital.

If you are so smart why ain't you rich is more than a question, is a pervasive lament for the inability of some to translate wisdom into success. It is also the title of a music piece by composer Julius Eastman and the prelude to the curatorial statement behind the exhibition.

The ambitious title and scope of IYASSWAYR invited us to better understand the notion of knowledgable society and the dynamics of the economy of knowledge and to find where the friction between the two of them emerges. These questions make even more sense if we think of the venue that hosts the show, an art accademy whose annual fee is around 5000 €, providing few with an education that is a luxury good. So the question is also: where the discrepancy between knowledge and economics stand in the system of art education? It is predictable but uneasy to answer to these questions and it is a big task to try to investigate this complicate battlefield through the medium of sound. Nontheless, it is an interesting perspective to work on sound as a medium that transmits knowledge. 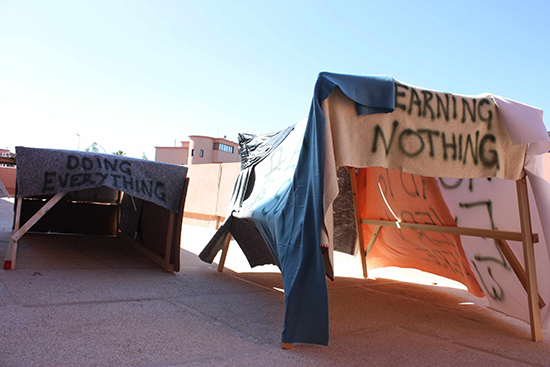 And even as the show proposes an hetherogeneous array of works that explore different dimensions of the passage or sell of knowledge in the current economics - to list a few, Emeka Ogboh's installation investigates the System D, an informal and parallel trade economy in Lagos, Nigeria; Brandon LaBelle's installation takes the cue from the Hobos, a spontaneous group of migratory workers escaping the pressures of capital, and establishes a link between them and the artists as nomadic entities; Younes Baba Ali's Televendita stages a TV auction sale a rather conceptual body of three works of his - it is interesting to deepen the gap between our Wester archival fever and the approach to archiving and digitalizing culture in those regions where orality and informality still play the lead. It is interesting that the repatriation in 2010 of the Paul Bowles Collection of Moroccan traditional music from Washington to Tangier is the point of departure of Gille Aubry's and Zouheir Atbane's work on show and Marco Montiel Soto's piece deploys the narrative apparatus of the travel memoirs and the resulting collection of found objects and souvenirs, in a sort of archeological exploration of Morocco. 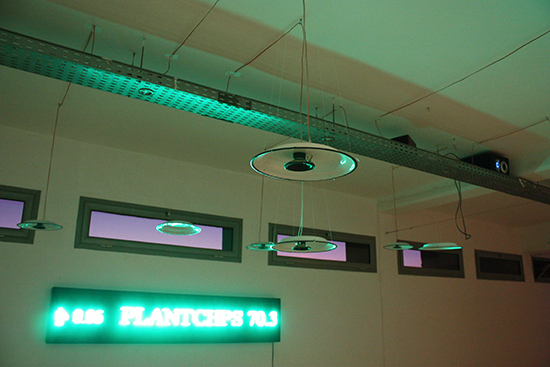 No certain answer can be given to the provocative question If you are so smart why aint you rich?, the alltogether is sometimes confused in its ambition but the show shines at gathering some committed voices around the seminal questions: Where are we now? How are the artists involved in the trade system of culture?

The interview is accompanied by excrepts from Emeka Ogboh's Oshodi Stock Exchange (2014); Marco Montiel Soto's Memories are Made of Chance and Mistakes Archaeology of a journey in Morocco (2014); Evgenija Wassilew's Melos Amoris (2009-2010); by field recordings made at ESAV that capture Younes Baba Ali's Televendita and Brandon LaBelle's Hobo College for Itinerant Studies (Confessions of an overworked artist), 2014. Field recordings made in Marrakech and Julius Eastman's pieces If you are so smart why ain't you rich and Evil Nigger - executed by M.Mereley and S.Ibragimov - have also been used.