In 2006, Guillermo Faivovich (b.1977) and Nicolás Goldberg  (b.1978) began collaborating on A Guide to Campo del Cielo, an ongoing project that revolves around researching the cultural impact of the Campo del Cielo meteorites by studying, reconstructing and reinterpreting their visual, oral and written history, aiming to identify its historical and contemporary problematics.

In 2010, the Faivovich & Goldberg exhibition Meteorit El Taco was held at Portikus, Frankfurt, where the two main masses of El Taco were reunited, after almost forty-five years of being apart.
In 2011 the two Argentinian artists presented another chapter of this story: that of the geological expeditions, missing meteorites, legends and rewards connected the meteorietes of the Campo del Cielo.

On the occasion of the exhibition The inaccessible poem curated by Simon Starling at the Merz Foundation in Turin, we met Goldberg and Faivovich, whom had been invited by Starling himself to present their work A guide to Campo del Cielo.

Together we talked about their project, reasearch, meteorites, institutions and about the importance of raising questions. Here's the outcome of our conversation. 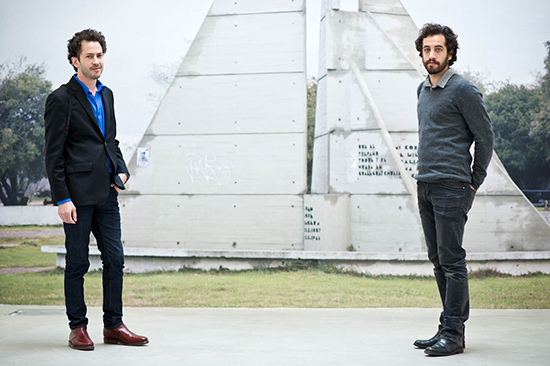