Chus Martinez - The museum is a hypothetical platform

Since the museum is not a fixed place and you are not presenting fixed meanings to an audience, it would be nice to conceive that the whitecube is not a cube or white anymore but a space for presenting thinking and the thinking you are presenting through works of art is a speculative one, it's an exercise in trying to figure out how different disciplines - the visual, the philosophical, the social - enter into it. When I say that the museum is a hypotetical platform it means that it's more than a platform, it's an exercise in itself and it would be interesting to think that a museum is a new  accademia, like the garden in Italy in the XVI century, where the garden was not a garden, meaning plants but a social architecture, where different way of thinking of culture were possible.

The only way you could surpass the media analysis of TV - that means not only to do an exhibit that would confront the fact that indeed art do have relations with tv, that tv is complex and sometimes manipulates our opinion - in order to surpass the traditional media critique, it would be interesting to approach TV as a resource as performing space, of performing conventions and narratives...
We are trying to do an exhibition in order to explore TV as a source for understanding our double binding relationship with reality in contemporary culture: on the one hand we want to get closer to reality and at the same time we create more and more devices to prevent us to get closer to reality....it will be an interesting exercise to understand where we are standing in relation to the real
. [Chus Martinez] 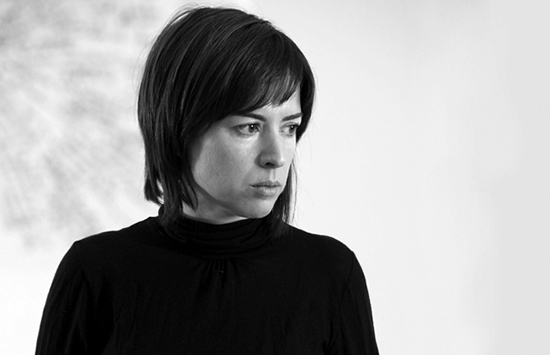 Born in Spain, Chus Martinez has a background in philosophy and art history [She holds a BA in Philosophy and History of Art, awarded by the Universitat Autònoma de Barcelona and a master degree in curatorial studies at Bard College in New York]. She’s currently chief curator at MACBA where she is curating an exhibition devoted to television, Are you ready for TV?. She was previously Director of the Frankfurter Kunstverein [2005-2008] and Artistic Director of Sala Rekalde in Bilbao [2002-2005].

We met her in Faenza, at the Contemporary Art Festival where we had the chance to talk about museum as hypotetical platform and social architecture, where different way of thinking of culture were possible. We also talked about TV, non only as a medium that already many intellectuals blame but above all as a performing space for artists to experiment within in terms of new narratives.

After a brief summary for italian-speakers, the conversation with Chus Martinez is in English.