An immaterial retrospective of the Venice Biennale

Retrospective, homage, monument are conceptually chained: what is a retrospective if not the celebration of an historical course? either individual or collective? If you had to conceive a retrospective of a Biennale, what would it be like? A monument?
Alexandra Pirici and Manuel Pelmus are representing Romania at the 55th Venice Biennial: they managed to turn it into an experience, to revitalize and enliven a still format, to transform objects into actions. Re-enacting the history of the Biennale, they bring it back to life, repeatedly, every day, until the end of November. 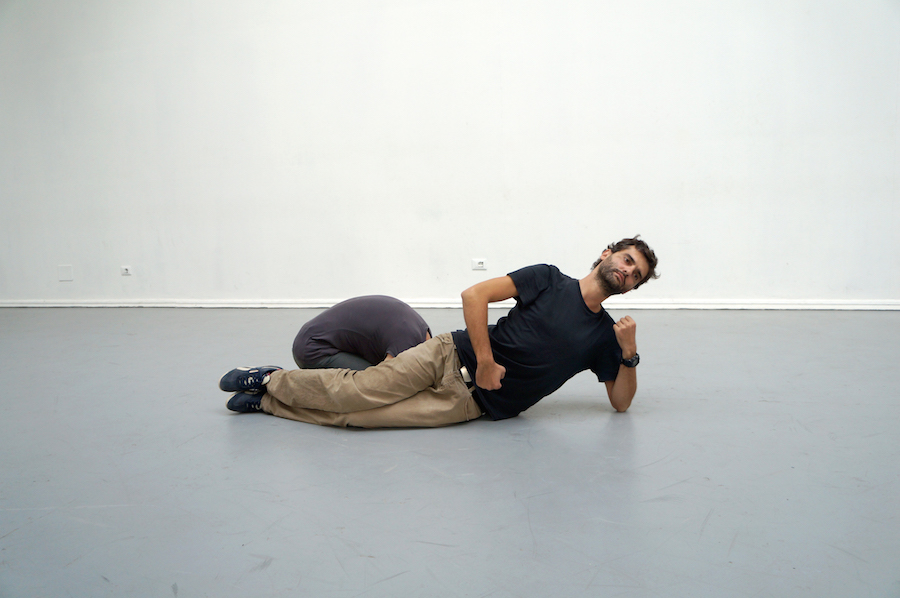 Imagine an empty pavillion, a bright and spacious white box; as empty as Daniel Knorr's European Influenza for the Romanian Pavillion in 2005. He was accused of nothingness, of reinforcing stereotypes on the region, even if the entire critical platform was politically loaded - while Romania just joined NATO and EU opened up to East - and emptiness was much more than absence.
An immaterial retrospective of the Venice Biennale is different tough: five performers compensate the gap, they occupy the daily time in that space, they interact with it in a series of minimalist and essential coreographies that are tools to reenact the history of the Biennale. Using nothing more than their own bodies. From the perifery of the EU, Pelmus and Pirici question the authority and the autorship of history of art and as Raluca Voinea says:

It is not a corrective history of the Biennale but more an illustration of how it actually was, always focused on Western European artists and north american art; somehow illustrating the different relationships in the artworld and in the political world, with its very long years of being very conservative and only showing figurative painting and sculpture.... 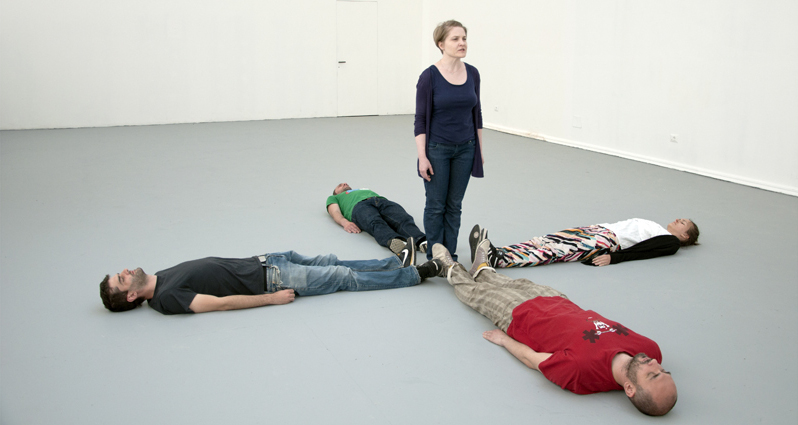 Do you remember Hector Zamora's zeppelin swarm in 2009? Do you remember Inti Illimani performing at the 1974 Biennale? Cut, Carve, Engrave by Daniel Buren in 1986? Tramstop. A Monument to the Future by? Joseph Beuys in 1976? They are among the many memorable works selected by Pirici and Pelmus together with curator Raluca Voinea and composing the historical script of the BIennale. The national pavillion of Romania opens up to the world and history; it is a shared and unlimited platform through which we can reflect of the way we look at the past and we historicize the present itself.

In the face of the Romanian cultural policy - in 2012 the Romanian Cultural Institute was put under the control of the Senate, turned into a political tool to safeguard the national identity, its priority becoming the 'consolidation and amplification under different forms, of the cultural relations with the romanian communities abroad - it is an incredible, sharp, humorous, engaging and affecting durational piece where personal and collective memories are tickled, when a single nation undertakes the encyclopedic effort of rewriting the global history of art.

Romania won our own Gold Lion. If you are curious to know more, listen to our interview to Alexandra Pirici, Manuel Pelmus and Raluca Voinea.