Soundscapes & Sound Identities is the 7th International Symposium on Soundscape organized by the Forum Klanglandschaft at the Beseno Castle, in Trentino Alto Adige. The symposium is hosted by Festival Portobeseno 2015.

From May 22nd to May 24th Radio Papesse will be streaming lectures, sound pieces and conversations with artists, scholars and producers, to better understand what we are talking about when we talk of the sound identities of places - there exists doubtlessly an acoustic identity of places, even in those which, due to the increasing uniformity of the contemporary world, end up being non-places - and which are the languages or the disciplines through which we can delve into this realm: bioacoustics and ecology, human and social science, enviromental physics.

If there exists an acoustic identity, it exists for somebody who perceives it as such.

Speaking of identity thus, means speaking of the listener and not only of what produces the sound or affects its diffusion. The concept of identity, and in particular of sonic identity, may be looked at as a vital dimension in the problems of co-existence and conflict between different human groups, between living beings of different species, between living beings and the natural environment, thus as a problem or a form of ecology.

What are for us the aspects that give a context an acoustic identity, or when are we able to speak of it? Are there sounds, practices, contexts particularly apt to express such an identity, and why?

The international FKL symposium intends to offer an occasion for discussing these issues, for stimulating a reflection and dialogue within the acoustic community in the attempt to define, or to share as much as possible, the basis on which we build our ideas, and confer qualities of identity to the sonic contexts in which we live or which are around us.


Here it is the program available on Radio Papesse:

12.00 am
Stefano Zorzanello (I) - Identity and sound identity, which relations within the landscape?

4.20 pm
Fabrizio Latrofa (I) - From the European Landscape. Convention to parish maps: identity mapping of sounds
Nicola Di Croce (I) - Unseeable landscapes. For an identitary redefinition of the soundscape as intangible heritage

11.00 am
Xabier Erkizia (E) - SILENT SOUNDS - looking for soundscapes between the lines
11.50 am
Dio Anemogiannis (GR) - Soundscaping Ouseburn Lives: An interdisciplinary study about the appropriation of sounds as intangible cultural heritage and their use in the heritage interpretation practice.
Karin Aras (S) - Listen to the Bazaar! A cultural understanding of Sound-rooms

3.00 pm
Elisa Chiodo (I) - The role of Sound and Communication Design in promotion of the identity of a territory
Emiliano Battistini (I) - Do cities lose their voice? Reflections on the concept of soundmark beginning with four cities 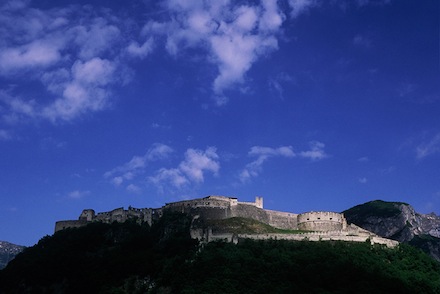