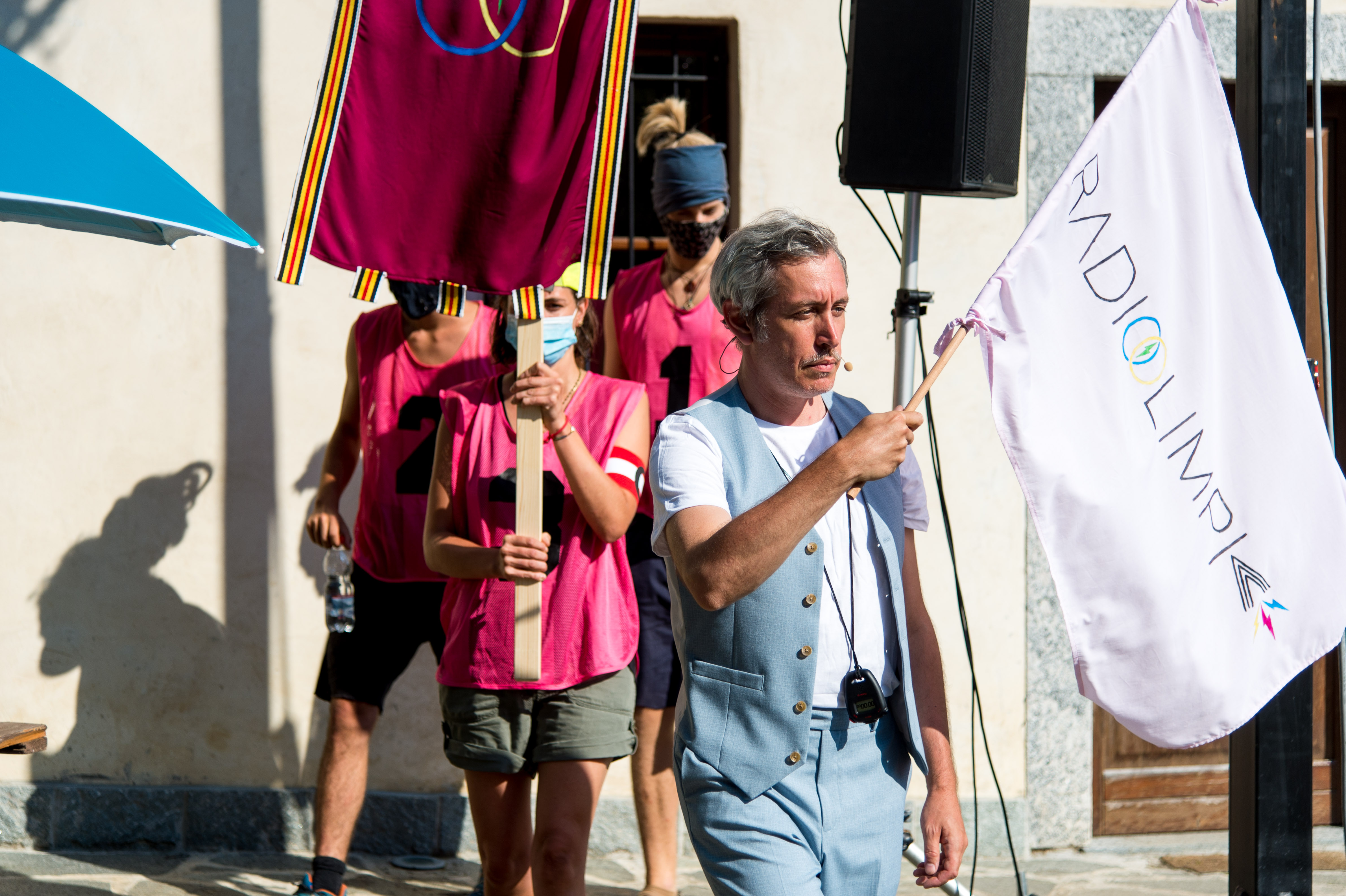 Radio Olimpia, Bomba libera tutt! is a playground and a mobile radio station. It is an unprecedented form of contemporary performative olympics, a sort of Jeux Sans Frontières whose games are inspired by performances and actions of known and lesser known artists.

Two teams - eight athletes - will compete on September 4th at Villa Romana! The games will be accompanied by a special radio commentary from the sidelines, with with interviews and insights to rethink about art, competition - beyond the productive time of work - playing, public space and shared time.

Radio Olimpia, Bomba libera tutt! is a collective feast devoted to our bodies, their relationships.
Radio Olimpia is a way to be together!