Radio Papesse joins Blauer Hase and Giulia Morucchio, curators of Helicotrema, a festival that presents a program of recorded audio pieces, that aims to investigate different forms of collective listening, inspired by the early decades of radio broadcasts.

Radio Papesse will be hosting and brodcasting Helicotrema’s program, from June 14th to June 16th. If you are not in Venice, at the Serra dei Giardini for their collective listening session, you can tune in on Radio Papesse and virtually join Helicotrema’s folk and sounds. 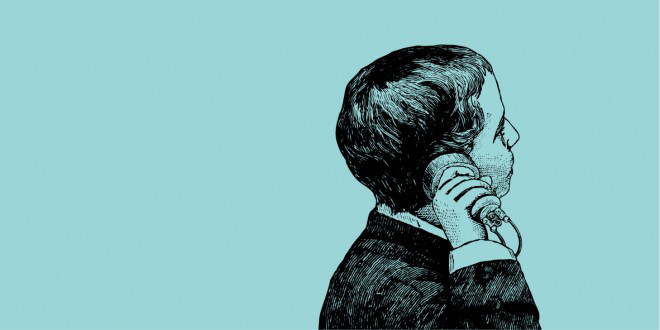 Here it is the PROGRAM

Vittorio Cavallini, Corpi solidi su fondo di navi e uccelli 2'52'', 2012
The work presented during Helicotrema comes from an interview by John Freeman with Carl Gustav Jung at his home on the Zurich lake. Cavallini worked on removing everything that felt useful for the interview, removing the interested and intentional part, and thus finding himself facing a raw material, not calculated. He started by removing the images and the speech, then worked with an equalizer.

Giovanni Giaretta, Walter Bonatti, Le Voci Meravigliose della Natura, 13'15'', 1976
"I don't consider it as a ready-made. It’s more a sort of proposition. I didn’t alter the track. I prefer to think that I just make it listen to others. This action is like when a friend comes to your place and you want to show him something you consider precious...This audio session builds up a total shift of imagination through its narrative, which is halfway between a bio-acoustic catalogue and a geographical adventure".

Enrico Vezzi, Points on the music to find, 9'55'', 2012
An homage to the Studio of Musical Phonology in the Milan RAI headquarters and its founders Luciano Berio and Bruno Maderna.

Andrea Morbio and Carol Sabbadini, Sciogli la lingua tra i rovi, 9'35'', 2012
The work was born from our fascination with dialects, the mechanisms and the essence of translation. This particular work was inspirited by an ancient tale in dialect, which today is still narrated in the Mantova and Brescia regions. It is part of the oral tradition but not of the written one.[...]This audio piece focuses on how to conserve the margin of uncertainty and improvisation that characterized this kind of narrative form - it became a sort of linguistic sport; a new folk play.

Giulio Squillacciotti, On museums, Venice, and responsibility of aesthetics. Venetian notes for a film on Carlo Scarpa and his settings for the Gallerie dell'Accademia, 11'51'', 2012
The audio piece is the informal draft for a film set in the gallery spaces of the Accademia di Venezia. The film has already been shot, just before the dismantlement of the exhibition design by Carlo Scarpa. The arguments, extrapolated from a convivial Venetian context, cover issues related to the idea of the museum, the supposed aesthetic responsibility given to the citizens of Venice and the possibility of a de-museification in favour of a highly public experience of art.

Raqs Media Collective,T he Bus Stop, 4'36'', 2010
This piece is part of a project called "Can you say that again? (5 Uneasy Pieces)", which was first presented as an outdoor audio theatre in Anyang, Korea, in 2010. Five Uneasy Pieces is an intimate portable outdoor audio theater suite. This cycle of enacted spoken word recordings narrates five episodes of anchorage and dislocation. Part public furniture, part listening station - we reference real estate, urban folklore and architecture, combining notions of utility and fantasy - to create uncanny resonances across private experience and public memory.

Hildegard Westerkamp, MotherVoiceTalk, 15', 2008
"The making of MotherVoiceTalk was a journey in search of resonance with the work and life of Roy Kiyooka. My task as I perceived it, was to ‘listen’ to Kiyooka’s artistic and personal voices on all possible levels and bring them into dialogue with the musical, sonic tools of my own compositional and personal voices. The final piece emerged out of this process of listening and was, to say the least, a bit of a surprise to me! Perhaps I could call it a ‘thought piece in sounds and words'. It was created within the context of Marginalia, re-visioning Roy Kiyooka, a project by Vancouver New Music".

Elisa Strinna, L'uomo osservato dal cotone, 10', 2012
The thread of cotton, during time, do not served just to weave cloth, but also to weave history. The man observed from cotton is a collection of texts, words, experiences, that document man approaches toward the environmental and other humans being over the centuries.

Valentina Roselli, Would you mind, 2'27'', 2012
The process is composed of several short circuits bonded together. More than the synthetic nature of the sounds Rosselli is referring to the (synthetic) nature of perception by superimposing a series of shorts circuits from participation of Alfred Hitchcock in an american television show, up to an episode of Striscia la Notizia of 1990 (the Italian satirical television show of Antonio Ricci)... Would you mind ...we are in a bird shop (perhaps in a cage, perhaps free).

Meris Angioletti, Travel Tales, 10'41'', 2006
"Although escapes and unforeseeable travels had always been part of human life, only after the denomination by the specialists did they become an illness, which in the psychiatric handbooks lasted till the 20s and then disappeared. From the handbooks or from reality? The aim of the project is exactly to enquire into this blurred area between the idea of travel as exploration (also of the self) and of the mental disease, in order to achieve a representation of physical space through memory and the experience of walking in itself". Travel Tales was broadcasted in June 2006 by the Radio L1, Maastricht.

Mark Peter Wright, Where Once We Walked, 10'15'', 2011
The work is part of an ongoing collaboration with a Uk Charity called Another Space, whom work closely to educate and disseminate the story of 300 Holocaust survivors, evacuated to the UK after WWII. This work was produced directly from survivor accounts; from their time as children to their journeys though various ghetto's and concentration camps of Nazi occupied Poland. In essence the project attempts to audibly revisit the places and spaces of significance in their remarkable journey.

Don Simmons, Gradual Disappearance, 54'' and What's Wrong?, 2'34''
Gradual Disappearance was composed from excerpts of a field recording documenting a performance involving the impossible act of attempting to breathe underwater. The audio was then manipulated during post-production as a means to understand the emotional control and chaos of the emotions involved in the event.
What’s Wrong? was composed using samples from emotional Hollywood movies and a series of recorded long-distance telephone conversations with my parents. Sounds, transmitted through the telephone, define my relationships to both my parents and homeland.

Caterina Rossato, Daily study (Felix Mendelssohn, Prelude op.104 no.12, in B minor), 5’ 45’’, 2008
This is the role of a listener: he can activate a sound, which gains a meaning only when heard. The listener makes it possible for music to reveal itself in one of its several values.'

Marcelline Delbecq, Swirl, 3'50'', 2008 & Oblivion, 7'13'', 2009
"Swirl was commissioned by the Hessel Museum at Bard College (US) for the show Second Thoughts, (2008). I was invited to spend a few days at the Museum and chose works from the collection, in order to curate one of the museum's room, then to create a work inspired by my own curatorial choice. As the room I was assigned resembled a skating-ring, I chose works that would create an uncanny landscape when hanged together and invented a character (ice-skater) that would endlessly swirl around a frozen lake, itself surrounded by the uncanny landscape. I played and recorded a very short piano piece that acts like a ritornello to the words.
As for Oblivion, it was written for the show With words like smoke at Chelsea Space (2009) and performed live for the opening. I also recorded it to be broadcast on Resonance FM. Manasonic's music actually came in later. It tells the story of an actor whose memory is slowly vanishing as he goes back to a place where he knows he has already performed".

Giulia Marzin, Dondolo, 8'52, 2007
in collaboration with Riccardo Giacconi
from a play by Samuel Beckett
voices by Nodo Teatro.

Saskia Holmkvist, Blind Understanding, 12'14'', 2009
'What builds up a story is language, not history: I want to underline that a historical narrative is constructed of language. How the story is written or told will affect our opinion of what happened. History can only be reflected through language but language has many values incorporated within it in the mere epistemology of the words.'