It's now available on-line the audioguide for .ZA. Young Art of South Africa.

You can download it for free, come and visit the exhibit with you mp3 player. The audioguide is parted in three different files, one for each floor of the show: the entrance, the first and second floor of the Palazzo delle Papesse. Together with curator Lorenzo Fusi, we will accompany you through the works and the idea behind .ZA. The audioguide is produced by Radio Papesse. 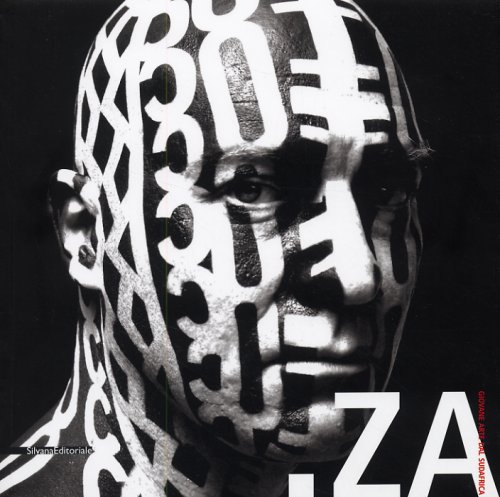 Kendell Geers, image produced for the show .ZA young art from South Africa, 2008
[book cover version, Silvana Editoriale]
.ZA young art from South Africa is an exhibition produced by Palazzo delle Papesse in Siena and curated by Lorenzo Fusi together with five established South African artists: Marlene Dumas, Kendell Geers, Berni Searle, Minnette Vàri and Sue Williamson. Each of these curators has put forward the work of a selection of young practitioners not older than thirty-five.
The show represent a passing on the torch on the part of artists that gained ample visibility in the Nineties, riding the wave of global enthusiasm for the end of Apartheid, to their younger colleagues still in search of recognition. This new generation has reached maturity in the course of South Africa's journey towards political stability: a process sometimes fraught with difficultues and contradictions.

On the heels of the end of Apartheid in 1994 there developed an interest in all of the various aspects of South Africa by the rest of the world. I would say that at least five or six artists asserted themselves in the international art world. Much was written and said about them, but I didn’t have a great interest in grouping them together under one umbrella just for the sake of their nationality.

However, at the same time, I had a great interest in trying to understand what exactly was happening in South Africa, from an artistic standpoint, especially some fifteen years after the democratization process, by the new generation, people who essentially were born under apartheid and had their formative years in the era of democracy.

The only solution was to call together a group of witnesses, direct observers of the South African artistic landscape, who could help us understand what was happening from an artistic and cultural point of view today. For this, I chose to align myself with five artists who have an international reputation, who in turn would name at least three artists each born and working principally in South Africa.

This was a type of analysis of the inside from the outside because each of the co-curators were born in South Africa and worked for a time in South Africa, but in turn moved abroad, essentially keeping one foot in their homeland and one foot out, where they have developed a new perspective through their time abroad. And then I bring in a completely external point of view. This idea of being inside and outside at the same time creates a cultural discourse that allows for a certain amount of objectivity.

I believe that I have been able to choose the artists who are the most deserving. For the most part, the works here are either very new, that is having been displayed one or two times in South Africa, or realized expressly for this exhibition.
There has been no prejudice in the choice of the artists or their works. There is no desire to bring forward or impose any political message or any kind of theme. We do, however, have an aim in our presentation: the diversity of the discourse within South Africa.
Recently there has been a presentation by the South African Minister of Sports and Leisure for the 2010 World Cup, one that coincides directly with what we are trying to achieve with this show.

I would say that is what we are trying to present with this exhibition.  [Lorenzo Fusi]