Last January 24th, Donald Trump overrode the Barack Obama administration's veto on the expansion of the Keystone and Dakota Access pipelines, opening their way to Illinois and the Gulf Coast refineries. The protests in North Dakota, near the Standing Rock Sioux Reservation, continued under the snow until they broke out in clashes with the police.

Meanwhile, on the East Coast, Adelita Husni Bey was reading Federico Campagna and was preparing to represent Italy at the 57th Venice Biennale. To follow her work means to make your own way through a variety of radical, non-competitive, anarchist pedagogy theories and teaching methodologies toward the idea of a new cooperative society, an alternative reality.

From Francesc Ferrer Guardias' Escuela Moderna to Paulo Freire's Pedagogy of the Oppressed, from the participatory model of the lab - see White Paper: The Law of 2015 - to the narrative gimmicks that she uses in her work - the island as a metaphor of autonomy in 2011 Postcards from the desert Island to list one example - Adelita Husni Bey's projects create spaces for agency and imagination, invites individuals to engage in their own contexts or to imagine possible alternative modes of action.

The task of an artist, in Husni-Bey’ s view, is to set up situations and experiments where the participants – and through them, the viewers – can come to terms with their own relationship to the social and economic power dynamics of our era.
[ilmondomagico2017.it] 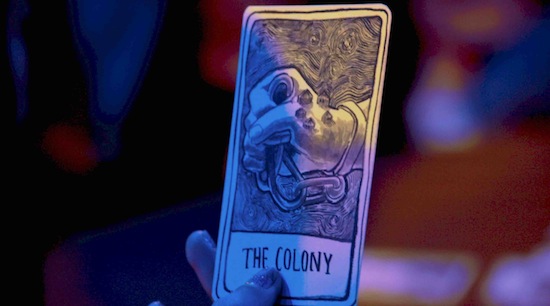 The Reading, the video intallation she's presenting in Venice, originated in February 2017 with a series of discussions, experimental theater exercises inspired by the Theater of the Oppressed and meetings with researchers and artists - Julian Brave NoiseCat, a Secwepemc Government member - one of Canadian First Nations - activist and writer, Hannah Black, artist and writer, Elizabeth Povinelli, Professor of Anthropology at Columbia University, Evan Calder Williams, artist and writer, Silvia Federici, teacher and Italian-American activist - through which a group of teens reflected upon their own, individual and collective ties with the environment, addressing the themes of value - how do we value the Earth? - and extraction-exploitation.

The narrative devise that drives the discussion is the reading of tarot cards drawn by Husni Bey herself. By trying to transcend any dichotomy associated with the discussion around the extraction, she decided to break the theme into a sort of sub-menu of related concepts: value, vulnerability, land, soil ....

The tarot cards are therefore a pedagogical tool in their belonging to the sphere of magic, understood as the power to write another narration that would allow to overcome the obstacle one's facing.

More than coping with reality, magic is a way of understanding that there are different registers and different realities. Usually there is a kind of hegemonic understanding in neoliberal culture that everything can be used, parceled, split in smaller parts, packaged and I feel this [magic] is a very distinct way to think about what we inhabit, it is a way of understanding our implications in a system that packages. To me the film is supposed to think through those steps: how are we implicated? how are we complicit in a system that extract without thinking of the consequences?
[Adelita Husni Bey] 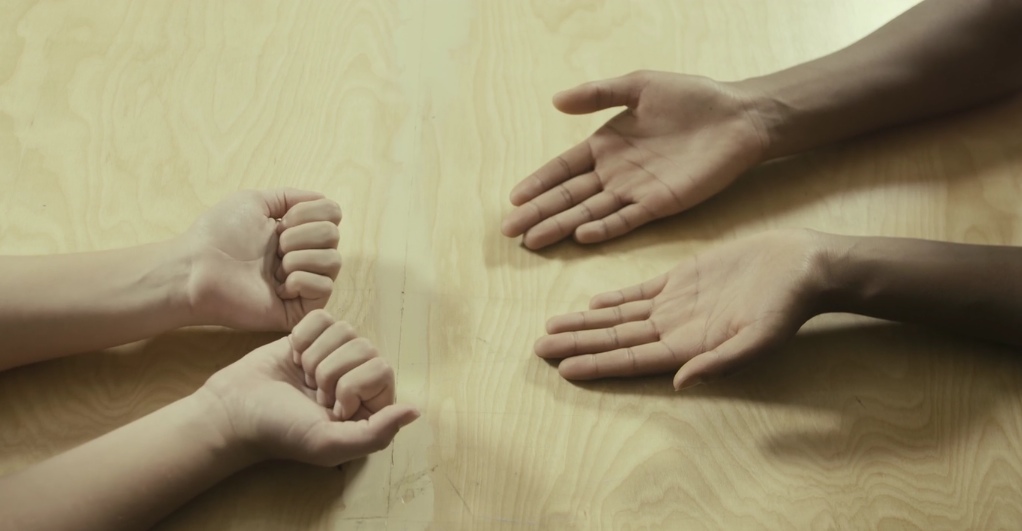 We met the artist in Venice and talked about tarots as queering practice, magic as a narrative moment that allows us to go beyond functionalist thinking, pedagogy and community, distance and engagement.

Adelita Husni-Bey (Italy 1985) lives in New York. She stages workshops and produces publications, radio broadcasts, archives and exhibitions focused on using collectivist and non-competitive pedagogical models within the framework of urban studies. In her 10 years practicing as both an artist and a pedagogue Adelita has worked with activists, architects, jurists, schoolchildren, spoken word poets, students and teachers on unpacking the complexity of collectivity.