This is the first and the last time of a Turkish pavilion for myself. I hope I can get through this without big damage so that I don't go back to more or extreme isolation. But in such a time in Turkey, if I was not connected to these issues - of passages between countries, or blocking public spaces… - come on, I'm not a minimalist living in Zurich and making minimal exhibition, I live in Istanbul, I have connection with people and some of them fear fences, prison, jail....how can you connect less to these issues?  [Cevdet Erek] 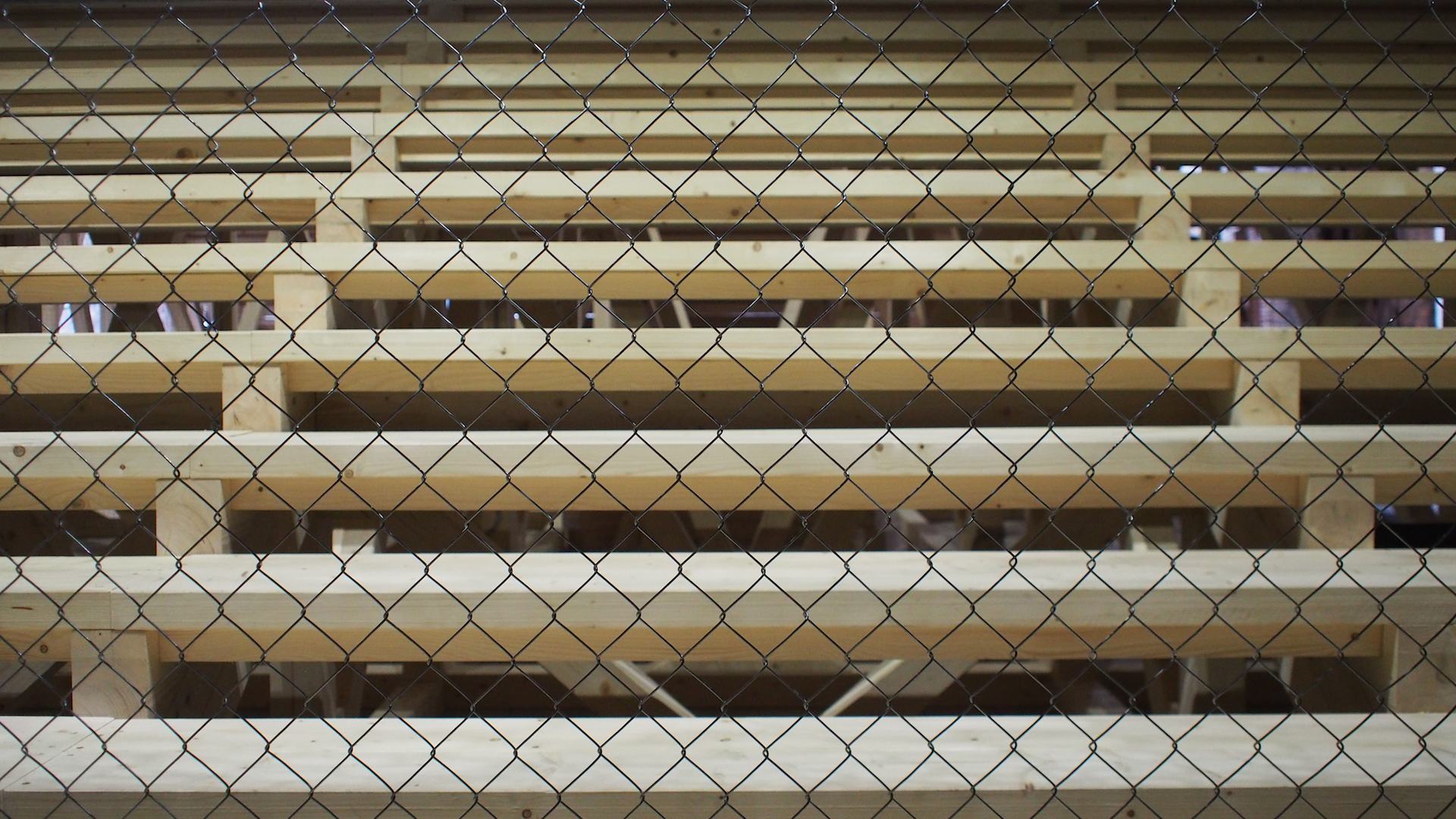 The access to the Turkish Pavilion is rather a passage, a diplomatic corridor that crosses it and connects South Africa to Singapore. We could say so, Cevdet Erek's Çin is a passage with a great architectural structure around: wood and steel pipes to compose a rhythmic space made of stasis and movement, openings and closures, a binary architecture where sound is used - it's not the first time for the Istanbul-based artist - as an ornament.

Erek has already worked this way - let's mention Courtyard Ornamentation with sounding dots and a prison in Marrakech at Palais Badii in 2014 or Room of Rhythms - Curva at MaXXI in Rome, 2014 again - where he had worked by architectural subtraction or sound concentration, where he turned the architectural and sound space into a multilayered and complex system of meaning open to the audience's perception and interpretation.

And while the installation recalls the ruins of an ancient Greek temple, a football stadium, a jail, an arena, the many bridges in Venice, Erek hesitates to pave the way toward any exclusive interpretation and he prefers to loose the control over this associative game. The sound that completes the architecture is made up of electric guitar riffs, sound beats, syllables, whispers and murmurs, non sensical or meaningful words enunciated by the artist himself and inspired both by Marinetti's Zang Tumb Tumb and by Andrea Vicentino's Battle of Lepanto. If ornament is a crime, as written by Adolf Loos, Erek's sound ornamentation is a communication tool. If rhythm is the structure of becoming - Nietzche says - in Turkey, at the biennale, it could have not be more oppressive.

We met Erek in Venice and we talked about sound and architecture, control and public space, neighborhood and diplomacy, about the curva/stand - expecially that of Fenarbahçe in Istanbul - about Turkey, personal and collective voices. The sounds accompanying the conversation were recorded in Venice, inside Cevdet Erek's Çin.